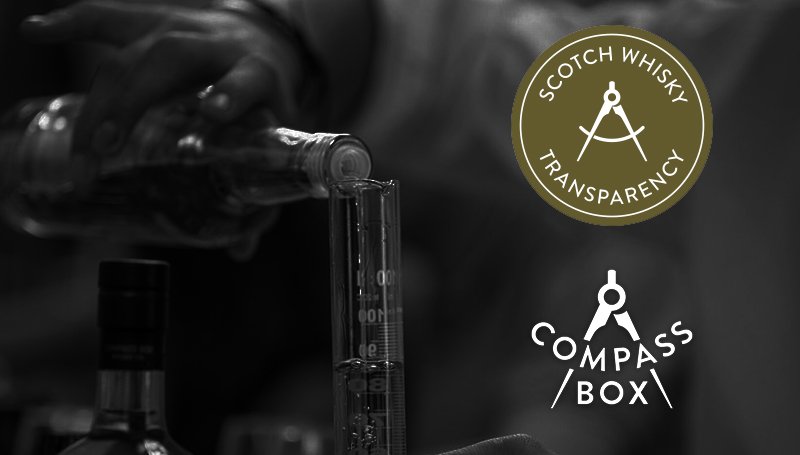 It is almost the 20th year of the indie whiskymaker Compass Box, founded by who I call a whisky innovator, John Glaser. Even though my compass showed me the direction of their superior creations a bit late, I wasn’t that much late to start getting my share of Compass Box creations.

I was also lucky to visit John and the company at their lovely office in London and even more I had the utmost pleasure of hosting Jill and John in San Francisco in 2019. You can watch the Q&A session I had with John Glaser in London here.

So, I am comfortable to say that I have them as friends for life. I am pretty sure my Compass Box collection is better than I could ever imagine, but some fanatics I know have larger collections of Compass Box bottles of the last 20 years.

But what did John Glaser do? What was different about the way he got started? Firstly, he proved his point that blended whiskies could be of high quality and even more sought after than good single malts. He showed us the room for creativity on whisky making and offering it within a budget. Hedonism showed us that grain whiskies are elegant, showing off and delicious. Great King Street blends were showcases of a flavor festive!

Then there are the limited editions, The General, The Hedonism Quindecimus, The Lost Blend, game-changing This Is Not A Luxury Whisky and 3-Year-Old Deluxe. Let’s admit it, we loved drinking those and we are still looking for bottles to add on our collection.

In February 2016, John Glaser launched a transparency campaign encouraging greater transparency in the packaging and promotion of spirits. It was also backed by like-minded single malt distillery in Islay, Bruichladdich. Later that year in September, John Glaser ended the campaign with the words “I guess it’s the end of the campaign, for now, but I believe that the issue is not going to go away, and I’m confident that, over time – it might take years – the industry, working through the SWA [Scotch Whisky Association], will come around to the idea that this law doesn’t make sense anymore, because consumers have a right to know, and producers have a right to share the components in their products. This campaign and movement did lack industry desire, but it woke up the consumers who were following what is going on in the whisky world.”

2015 was another year that needs to be noted down as Bacardi acquired minority stakes in Compass Box. Even though this move raised some eyebrows, it was forgotten fast enough until last year.

Between mid-2018 to the end of 2019, Compass Box released a massive number of 11 new expressions in the US. After launching all the great budget-friendly blended whiskies, people were happy to see some more of limited editions in their collections. But late in 2019, a fellow whisky writer in Los Angeles, Bozzy, came out with his article ‘Unbearable Dalmorization of Compass Box’ and shook our very small whisky world.

I have started to receive some messages or came across conversations where people started to question the mission of Compass Box. Quoting some of the hardcore fans in the US:

“Me, slowing down on Compass Box posts wasn’t just an accident. I have been feeling this for a while and losing interest in Compass Box.“

“I don’t know if it is Bacardi impact or not, I cannot afford Compass Box anymore”

“Dude, I totally forgot how the Oak Cross tasted like until I tasted here again.”

After talking these with brand representatives in the US, I have decided to ask questions directly to the man in charge. I thought this will clarify everything between the brand and its supporters as well as deliver supporters’ concerns directly to John Glaser himself.