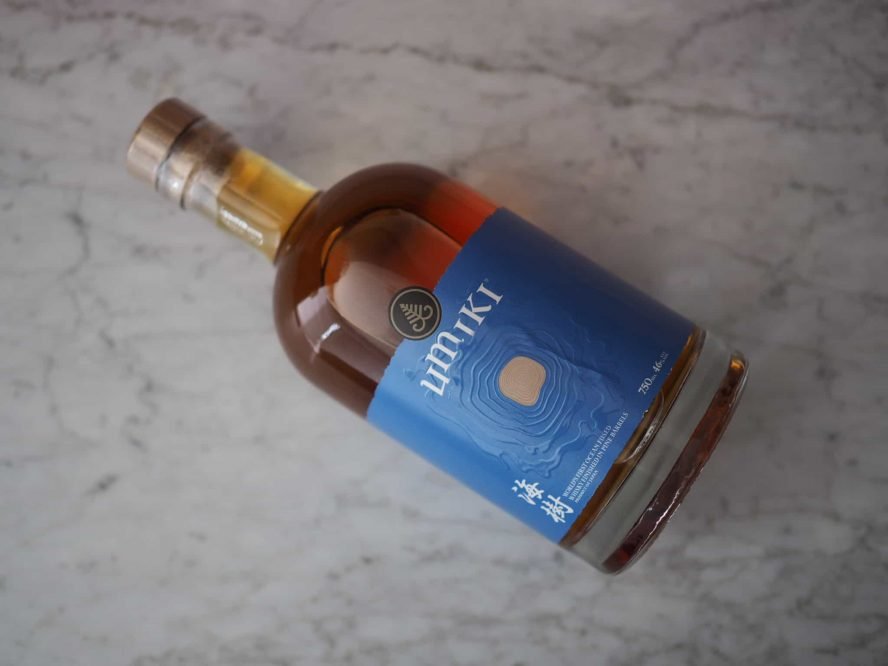 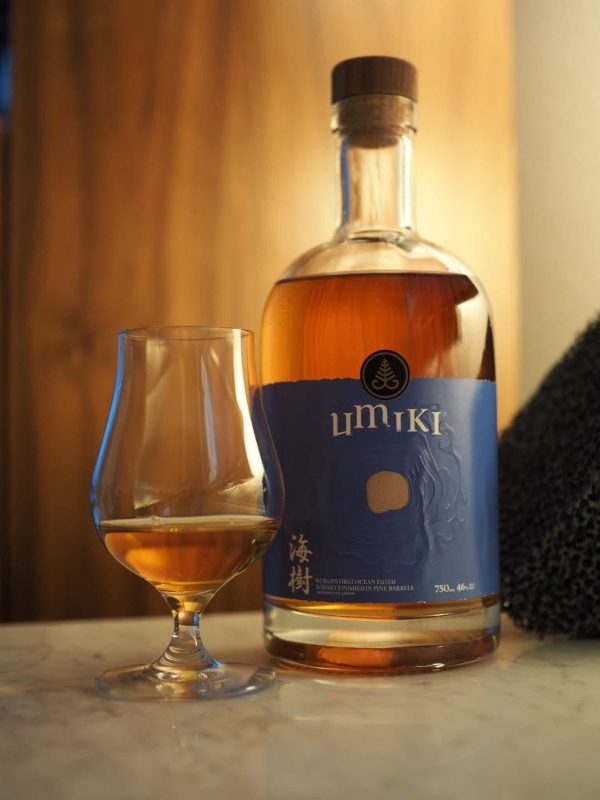 Another interesting whisky from Yoshino Spirits, producers of Kamiki Whisky, just hit the market. Umiki Japanese Whisky has interesting features just like Kamiki and actually more. Aside from the pine tree barrels that is used to mature this whisky, Umiki is bottled after being blended with ocean-fused water from the Pacific Ocean.

Majority of whiskies in the world filters their water source before using it for distillation or diluting their whisky with. That is not different for Umiki, however the source of water, the Pacific Ocean, is interesting. Pine trees used to create the barrels to age this whisky is also special to Japan and Japanese culture. Hence the name Umiki is not surprising as 'Umi' means ocean and 'Ki' means sea in Japanese.  Bottle design is also handled by the designer of Kamiki, Erhan Özden, to show the impact of tree and ocean water on the label! 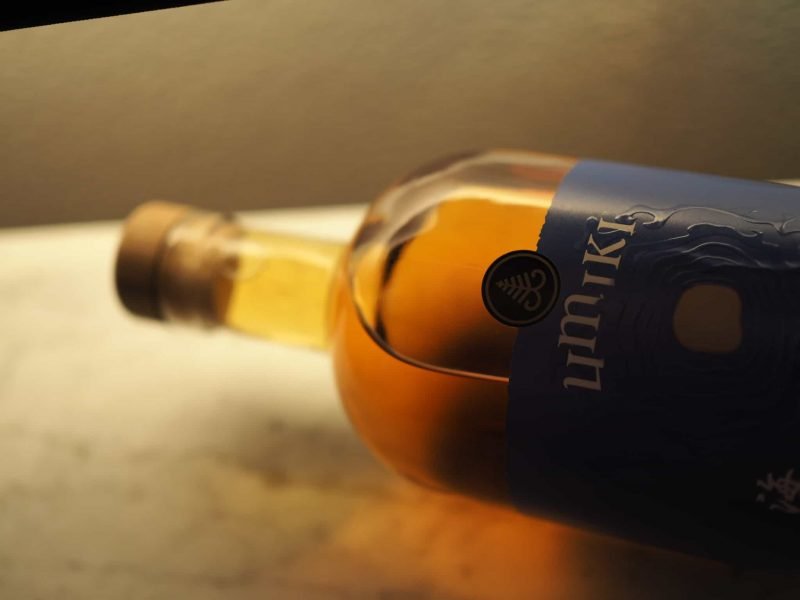 Umiki Japanese Whisky is made with Japanese ocean-side distilled malt whiskies and filtered, desalinated ocean-water from the depths of the Pacific Ocean. Kudos to the team for being brave and using ocean water for the whisky, since it is another step for sustainable production in the future in my opinion. The grain whiskies that are used for this whisky are imported from undisclosed countries.

I can tell that I find some of the qualities I found in Kamiki on the palate. Nose offers a different character though. Greener, with pine and honey, baked vegetables like green beans, touch of spearmint, citrus. I can tell that I feel some youth but it doesn't cause you any inconvenience.

Palate has some thickness, it certainly feels a little bit more than 92 proof. Palate has red fruits like plums and cherries , then honey, licorice joins intense spice notes followed by a dry citrusy end.

Finish didn't give me what I expected. It has a bitter character and it is short with some toffee sweetness and peppers. Overall, this is a pretty interesting whisky and we will possibly see more on the shelves. I will be intrigued to see this particular whisky aged a little bit more or maybe even being finished in a sweet wine cask.

My followers will know that I have a transparency issue with Japanese whisky! For Umiki Whisky, it is nice to know that all the malts are distilled in Japan and it is also nice that they state grain whisky is imported. As an example, even though we all know that it is distilled from rice, we support Ohishi for distilling and aging the spirit in Japan!

I believe whisky enthusiasts would also love to know more about the age in the future. Since aging in cedar casks or pine barrels are quite new in the whisky world, we would love to know how years impact the whisky in these barrels over the years.