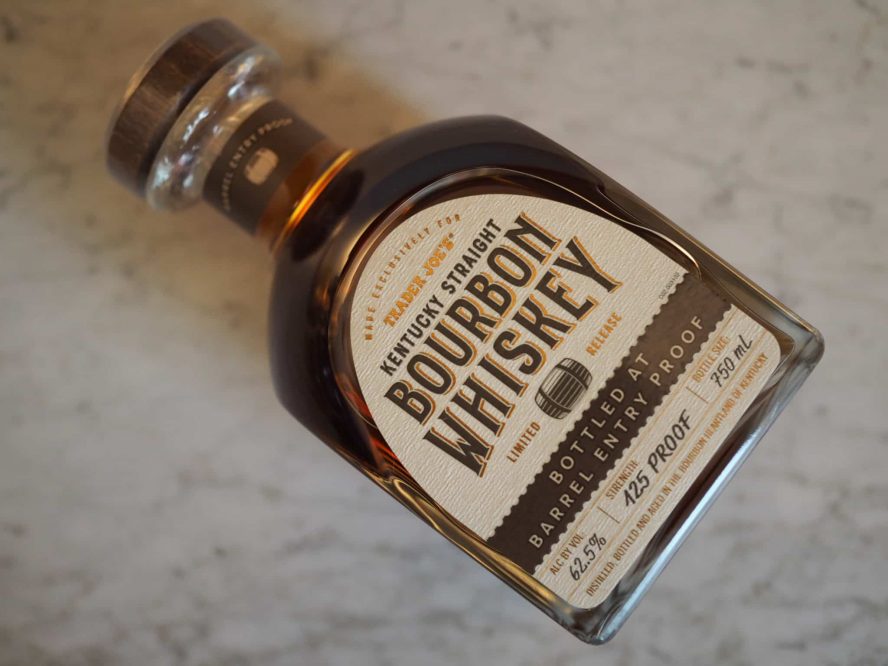 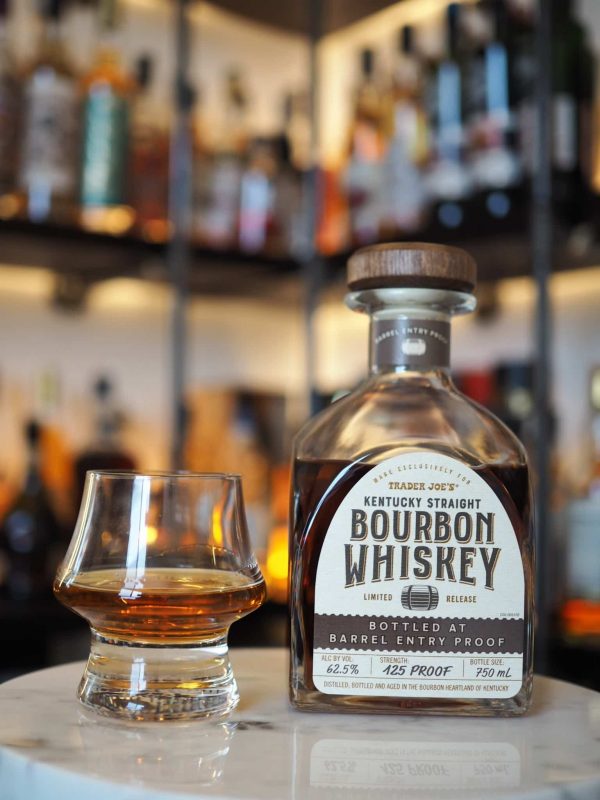 I love it when Trader Joe's or Costco releases a new whisky and the hype begins. If you remember I reviewed a few whiskies from both last years. One was Trader Joe's Macduff Single Cask 20 Year Old and another was Kirkland 22 Year Old Speyside Single Malt Whisky. Both lived up to their hypes. This time we have something that is flying off the shelves as you read these lines, which is Trader Joe's Bourbon Whiskey or with the long name, Trader Joe's Kentucky Straight Bourbon Whiskey, which is a limited release!

There has been some discussion since the summer about this bottle. We knew that the whiskey was bottled by Buffalo Trace. Catching the resemblance of this bottle with the Rock Hill Farms bottle is not that hard.

We don't exactly know where the whiskey is made. On the back of the bottle, the distiller is stated as Bourbon Square Distilling Company, which is one of the names Sazerac has been using over the years. Though, the community gathers around the idea of the Barton Distillery which is under the same umbrella just like the Buffalo Trace Distillery.

As we are living the bourbon craze right now, a huge number of bourbon lovers are trying to find 'that' bottle of Weller, Rock Hill Farms, Pappy, Blanton's from the same company. So, it is actually pretty straightforward to think that this bottle would be a sell-out. However, there was one other thing, which is the proof! This limited release of Trader Joe's Bourbon is bottled at 125 proof (62.5% abv) which is the barrel entry proof, which is something we often don't see on the labels. 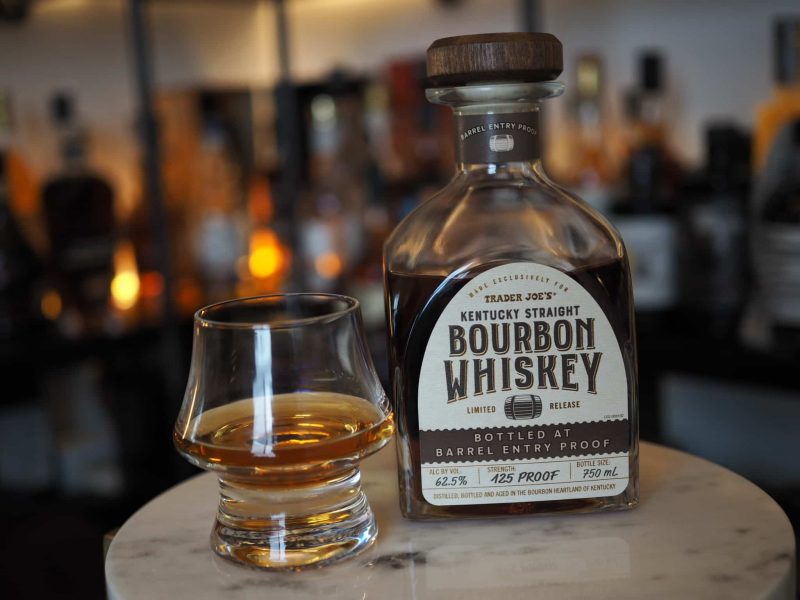 The nose starts kettle corn and sweet tobacco. Then a seductive form of vanilla and coconut combination appears. Coconut reminded me of the coconut smell that I usually get from sunscreens. Ripe bananas and a whiff of char with lemon zest appear in time.

The palate is very viscous as expected from 125 proof. Butterscotch, baking spices with white peppers, licorice are the first notes. As it develops, tobacco, some chili, cocoa also becomes stronger.

The finish is a bit on the opposite end compared to the nose. Dark chocolate with honey turns into a heated, spicy, and juicy ending with a spice attack.

I won't write a lot of thoughts on this one! A must-buy if you like bourbon. This one is probably making into my top 10 whisky list this year! Taking price into the consideration, this bourbon can be the best bourbon of the year too! That is why my overall point will be higher than the nose, finish and the palate this time!

From The Bourbon Heartland of Kentucky