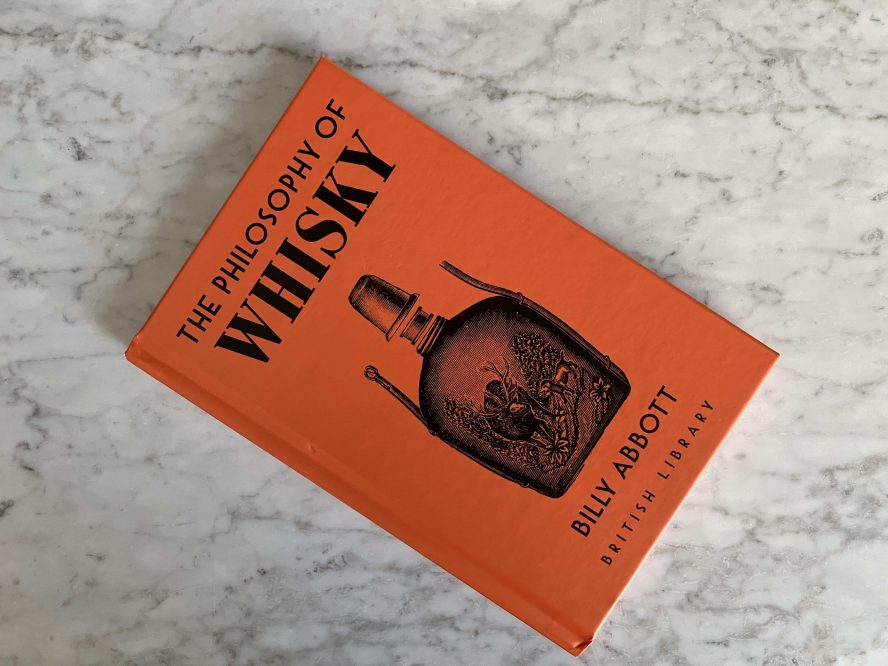 When I first saw the orange cover with the name Billy Abbott on it, I was quite excited to receive something new from him as he has been one of the best whisky communicators in the last decade. After seeing that the book is to be released in May 2022 in the US, I tried to figure out alternative ways and finally got a copy in my hands before the holidays. I am happy to say that, The Philosophy of Whisky is now the first book I read in 2022!

Billy Abbott has been blogging about alcoholic beverages since 2009 and it has been a decade he has been working in the industry full time now. You might find his awesome work on The Whisky Exchange, or find him judging at IWSC, ADI, or some other well-known competitions.

The Philosophy of Whisky, with its original description, is a short look at the history of whisky and how it’s drunk today, accompanied by illustrations from the British Library archives. Includes one invocation of irony, lots of realization that the English were complete gits in the past, and one severed digit.

If you follow Billy Abbott, you probably know his vast knowledge of different types of booze and he showcases his knowledge in this book. As I checked the content, I was able to understand what was to come. I loved having different chapters on each whisky-making country, as that is a way I also tell about whisky during private introductory tastings.

I have to say, if the book didn’t have the name of the author, I would probably read this faction really fast since we have it in most of the whisky books, but I gave some focus as I expected some gems between the lines.

Especially, in the Irish section, I learned quite a lot about the history of Irish whiskey. The formation of today’s Irish whiskey market is told very clearly. Something I even liked more is how these three chapters were linked to each other by connecting the dots between the events that were taking place in each country. It simply put how whisky history was developing and changing in those periods.

Mr Abbott gives answers to popular questions like ‘Whisky or Whiskey?’, ‘Who Made Whisk(e)y First?’, ‘What Is Bourbon?’ and more in small sections. One small section I loved to see was about Mr Nathaniel Nearest Green.

Japan & The Rest of The World

Billy Abbott’s summary of the Japanese whisky world is actually a neat one and has some details that are not very well communicated in many other books. This was something I enjoyed seeing in this book. Taketsuru’s long journey was summarized in a very skilled way.

The only part I found a bit more summarized is ‘The Rest of The World’ chapter. However, it is possibly because I am too integrated with that topic during my day job. I just think the Indian and Taiwanese whisky world could use a bit more space due to their importance in the whisky industry. I also think that Israel was not mentioned in this part, which is a country showing off with M&H Distillery nowadays.

While this book is not loaded with graphics and pictures, it has beautiful illustrations. The example from above is the antique engraving of a whisky flask from the Lindemann catalog from 1895. There are numerous illustrations, old advertisements and photos that I really enjoyed checking.

Mr. Abbott also has a section on how to drink whisky. Aside from his tips, he also gives a few cocktail recipes which some of them I do the same way. However, one cocktail I haven’t heard before, which is ‘The Sourtoe Cocktail’.

I really enjoyed The Philosophy of Whisky. It was an easy book to read, but a very joyful one. I found myself learning new things at the moments I thought I wasn’t. I believe that is what this book is about. Giving you very useful information without overcrowding with details.

If you want to purchase a signed copy, Billy Abbott has some on his website.

The book is priced at £10 which is roughly $14. If you want it to be shipped to the US, it will cost you just about $18 with the shipping included. (Shipping example is to California)