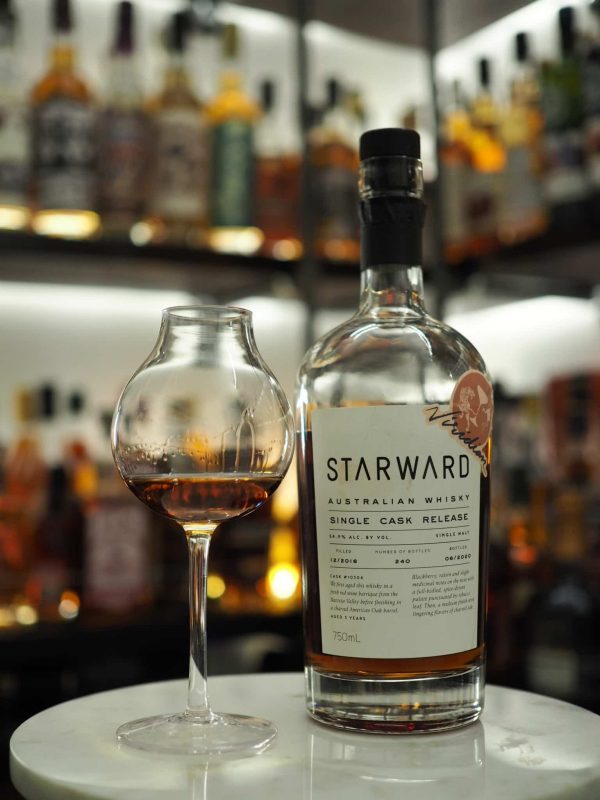 Before moving to Los Angeles, I used to live in Oakland, California for around 3.5 years. Covid was not the very best thing that happened to Oakland like anywhere else, but a bar that opened at a bad time (just a few weeks before the pandemic) changed our mood while living there. I got to know Viridian with their delicious pastry at that time first. Then I met the fabulous William Tsui and his magic behind the bar. I tasted my first sip of Paul John Mithuna Indian Single Malt Whisky with him, which was a moment that we were both amazed. During my last visit to him a few weeks ago, he brought his new Starward Single Cask which I had no idea about and I found myself carrying a bottle home and enjoying it. Well, also write a review about it.

Where is Starward from?

Starward is one of the rising stars of the whisky world. I am lucky to keep a close interest in them since I am very interested in world whiskies, how they mature, what makes them different. Starward is located in Melbourne, Australia, and holds a huge advantage when the climate is concerned. I call myself a lucky guy since I had numerous chances to experience whisky and cocktails with the founder David Vitale. He is one of those great individuals looking for indulgence through food, wine, and whisky. In the end, that is my understanding of Starward. Looking to create exciting flavors with the wine background, Melbourne culture, and climate. The Australian wine has a big impact on the whisky just like Melbourne's climate which can age the whisky in a short span of 3 years only.

When David's whisky meets William's palate, I was sure that this bottle would rock. It is a 3-year-old whisky, firstly aged in fresh red wine barrique from Barossa Valley (so probably a Shiraz barrel), and finished in charred American Oak (virgin). It was filled in December 2016 and bottled in June 2020. Let's hop on to tasting, shall we?

Flavors jumped out of the glass when I first sniffed it in form of cranberry jam and intense orange zest. As it took in some air, oak spices, vanilla and toasted oak appeared. With some more time cooked strawberry was there. Adding water amplifies the zest, which I didn't prefer that much.

The palate is creamy and very juicy. Currants, blackberries, black peppers and chocolate were on the base which was topped by baking spices. Some savory character is also underlying the flavors and adding some depth. Water brings on some more sweetness and honey. The finish has strong cocoa and tobacco notes with licorice, dates, and toasted oak. Has a dry character and a very long impact.

My instinct and logic were very true. William and David made good partners here as this Starward Single Cask is nothing but delicious. Compared to other single casks from the distillery, I found this a bit more powerful and youthful. Drinking a bottle at this quality and price range with these flavors is kind of incredible. I am pretty sure that 240 bottles won't be there for a long time.