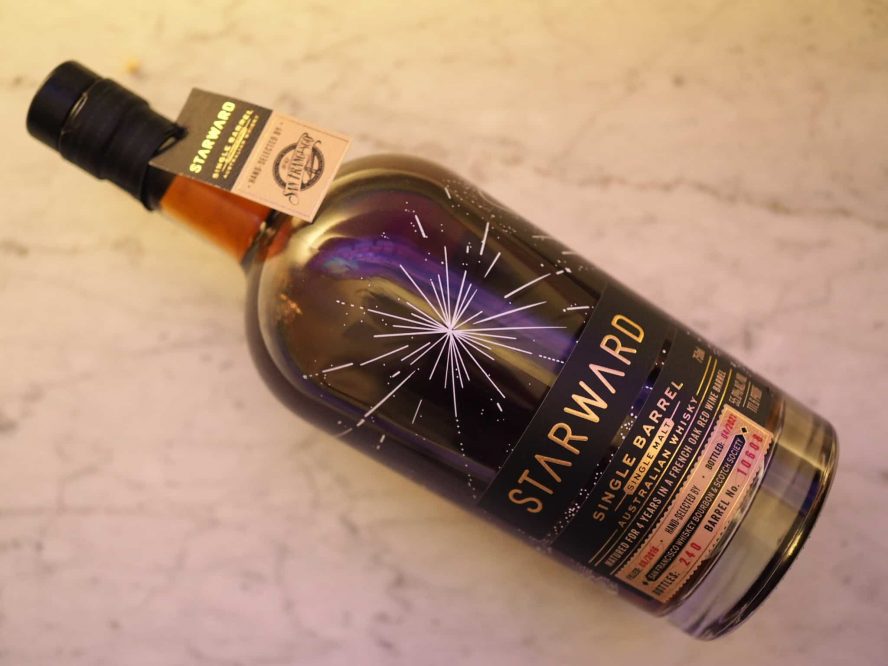 As I mentioned in one of my latest Starward reviews, I used to live in Oakland and one of the best things I did there was to get to know San Francisco Whiskey, Bourbon & Scotch Society. Despite the long name, defining the group is very easy, I just need a few words for them, lifelong friends. Last year I also reviewed one of their other picks, which was a crazy whiskey.

What Is Special About This Single Barrel Pick?

SFWBSS is pretty special about how they pick their barrel. They got some of the most diverse and talented palates which are not working in the industry. For that reason, I find that committee really valuable. Their picks of malts and bourbons have been popular and also they are sold out in no time. With this Starward pick, they were able to score 240 bottles of Australian single malt whisky, that was aged in a French oak red wine barrel.

Starward whiskies are generally on the younger side right now. However, the intense climate condition of Melbourne is just helping them with the period that they can have good whisky. Their wine barrel program is to be respected as it helps both the whisky and the local wine industry.

This Starward single barrel pick starts off with herbaceous and sappy elements. Freshness jumps out of the glass with spearmint and menthol-like flavors. Raisins, grapefruit and floral notes complete the fresh feeling. Some savory notes are creating depth just like in the Viridian pick.

The palate starts just like I imagined. Ripe forest fruits, blackberries, plums and prunes dancing. It is a well-balanced taste and spice is definitely not overpowering but also makes its statement in the long run to the finish. The finish has a more sweet character with Muscovado sugar, cinnamon, and figs that are backed with black peppers.

French oak wine barrel is showing its impact by showing some herbaceous character at first and after then the balanced spices. I can easily say that this whisky is dangerously drinkable for those who like complex whiskies with fruity character. It will be almost identical to impossible to find a bottle since SFWBSS members generally drink their bottles. However, if you know some of them, don't hesitate to ask to try and see if they have an extra bottle.