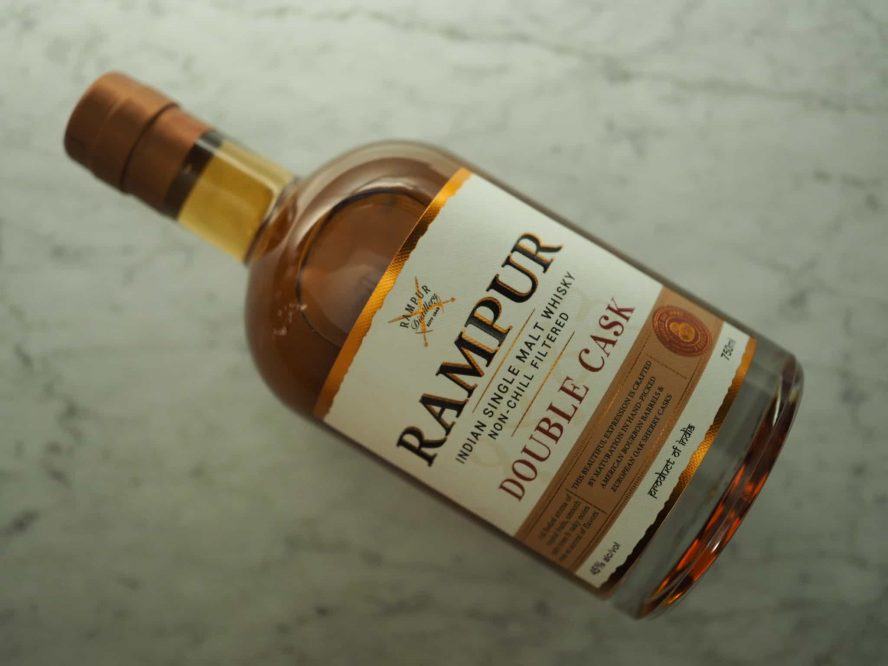 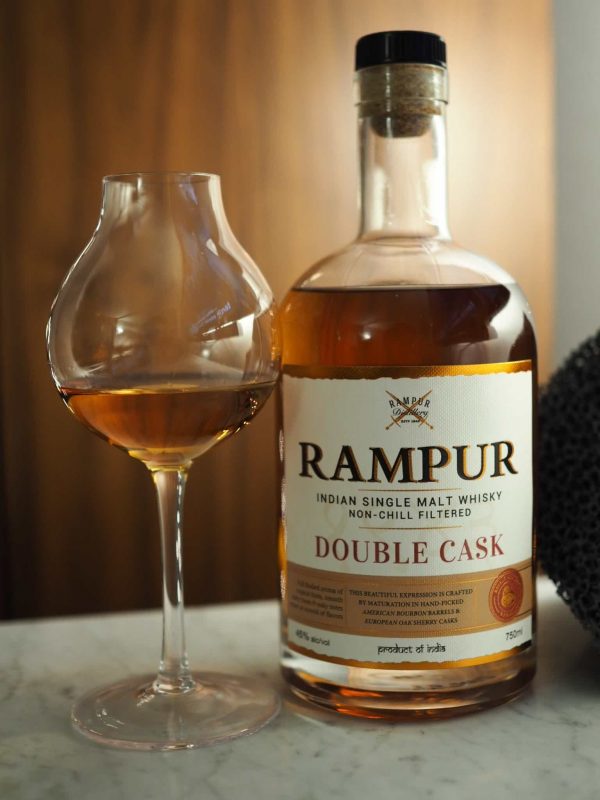 I am very well acquainted with Indian single malt whiskies, especially with Paul John as I often have the chance to taste it. Rampur is the third single malt whisky brand that emerged from India however it is also made by Radico Khaitan, which is the largest Indian alcoholic beverage producer. Like many others, they also produce vodka, brandy, rum and whisky for the local Indian market. This review will be on Rampur Double Cask Indian Single Malt Whisky.

Double Cask became a usual term in the whisky industry often referring to whisky being aged in two different barrels. In this case, Rampur single malt is aged in ex-bourbon and Sherry barrels from European oak.

Rampur Distillery is stated in the northern region of India and this region is exposed to a massive temperature change from 30°F-110°F (0°C-45°C) and humidity is around 70%-80% which is less than Scotland, however, this combination actually increases the speed of oak extraction and makes the whisky ready in a shorter amount of time.

Rampur also uses six-row barley variety like Paul John and Amrut (Amrut uses European barley too), which in my belief is a key to develop Indian single malt DNA.

The whisky is double distilled and matured in bourbon barrels two-thirds of its life and Sherry barrels in one-third of its lifetime. 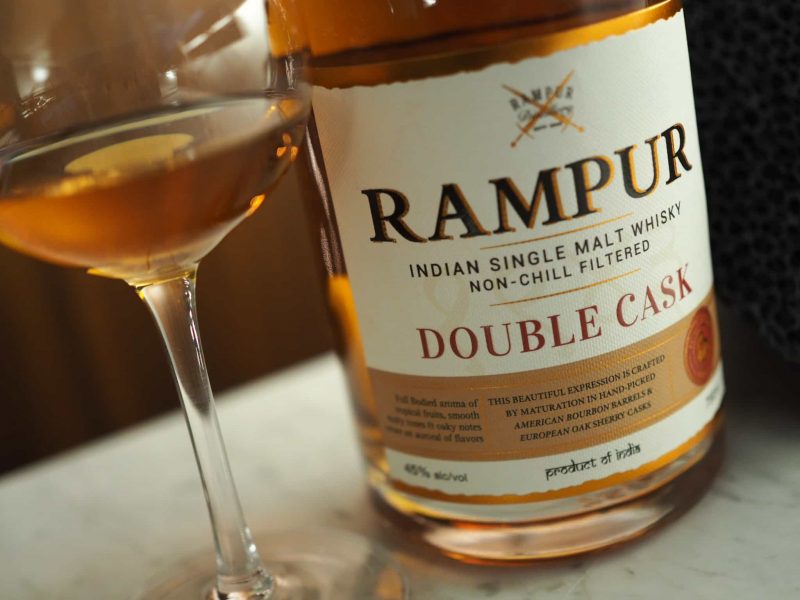 It is not my first time to drink Rampur Double Cask, however, it is my first time that I could spend hours smelling and tasting it. I directly got the tropical fruits I was expecting to receive from the nose. Stewed apples, vanilla, toasted oak, browned butter, and as time progresses. lots of oak spices. The palate is creamy with raisins, plums, cherries, caramel and tobacco.

The finish is very vibrant with cinnamon, baking spices,

A truly impressive single malt from the Indian distillers. Rampur actually did a very good job with this whisky. The balance throughout the tasting is very much satisfactory and lingering at the back palate is sublime.

What I would love to see more is the continuation of tropical fruits after the nose. From the palate, the single malt starts to take the shape of a Scotch, which is not a bad thing at all. Though I feel, the Indian character that is felt on the nose is just so unique, and one wants to feel that for a longer time.