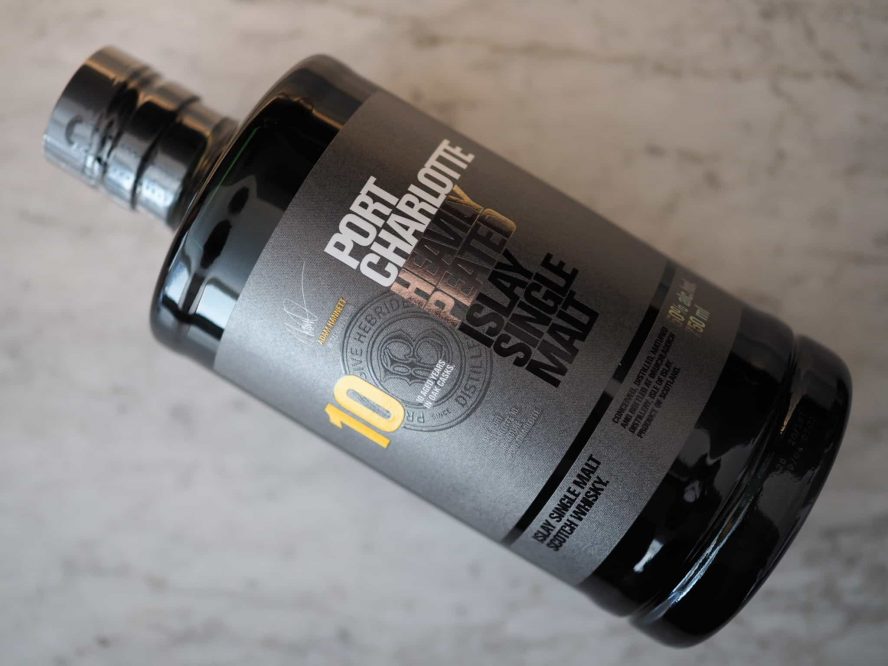 I met Port Charlotte expressions from Bruichladdich on a rainy Brussels morning when I was visiting one of my best buddies, Ludo. I woke up to a breezy but romantic rain. Got me a vintage wine glass, poured some Port Charlotte Islay Barley and enjoyed the great morning. Port Charlotte changed skins in the last years but lost nothing from its identity. On this post, I will be reviewing the new Port Charlotte 10-Year-Old.

As Simon Coughlin, CEO of International Single Malt Whisky at Remy Cointreau states, Bruichladdich gives a huge emphasis on being from Islay. From people working at the distillery to the barley used, you can easily see how important being from Islay is.

Aside from the people and community, let's check the barley. For Port Charlotte 10 Year Old, the goal was to use 100% Islay barley this year. However, due to the pandemic, 48% of Islay barley could be used with the Scottish barley. In 2021, 100% of the barley to be used is planned to be Islay barley.

Then an overlooked concept comes into the game. Currently, 78000 casks are being matured on the island. Why is this so important? Because a good portion of Islay whiskies are actually not matured on the island. After being distilled, whisky is taken to the mainland for its aging process. It is in the same country, but it is not Islay! Since climate conditions are quite different in Islay, the distillery is being very strict about aging on the island.

Being heavily peated is often a misunderstood concept. Higher ppm values won't necessarily give you a feeling of licking an ashtray. Those values are measured before distillation and during distilling and aging, ppm values tend to decrease. So, 40 ppm is just a number. You have to taste it to understand it. 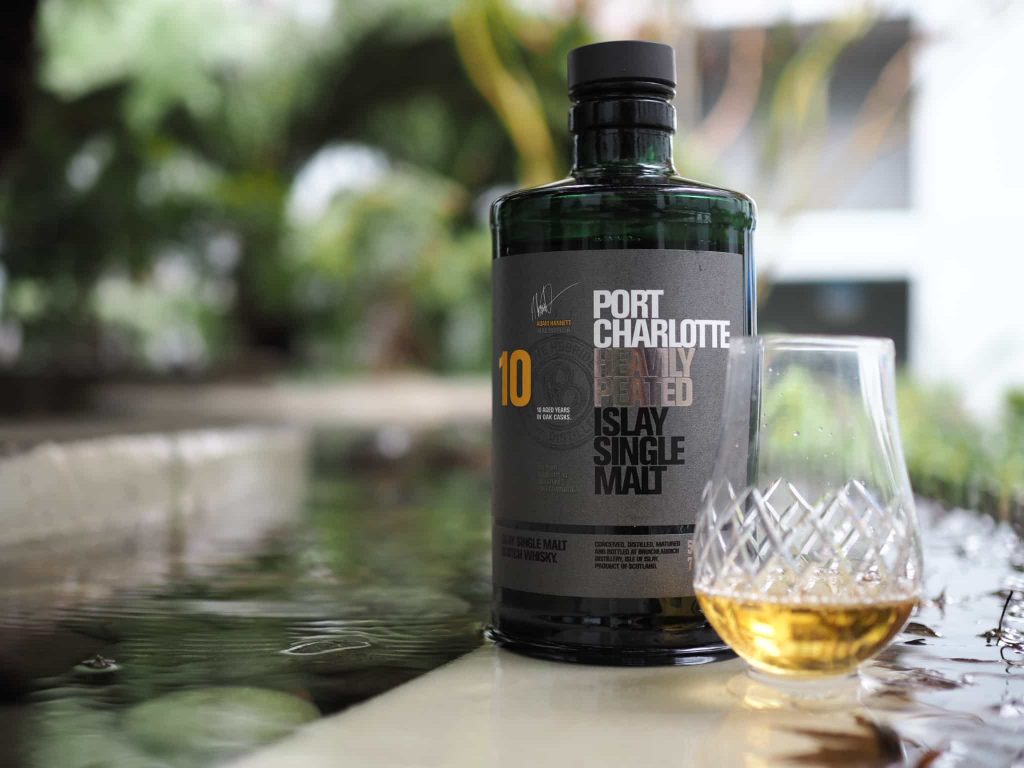 When the new bottle was first introduced to the market, I had the chance of getting one and enjoyed every moment with it. This year's batch offers a well-balanced profile of malt sweetness, spicy notes and of course the famous peat. Peat is not overwhelming and it doesn't overpower any other flavors. This is a very important thing for me when it comes to peaty whiskies. Does it overpower, does it cover any character, any flavors?

The nose starts with a strong heather note that is followed by sea spray. Caramel fudge, ashy smoke and earth are backed by subtle lemon zest and vanilla. The palate has beautiful malt sweetness with grilled coconut, oyster brine, lemon tart and baking spices. All the flavors are integrated with harmony. The finish is very long with sweet smoke, honey glazed bacon, damp earth and ash.

A whisky that I will never apart from my bar. It is a sublime example of how easy drinkable a heavily peated whisky can be. With its price around $60, it comes at an attainable budget.

Also, if you are looking for a 'fireplace whisky', this is it!