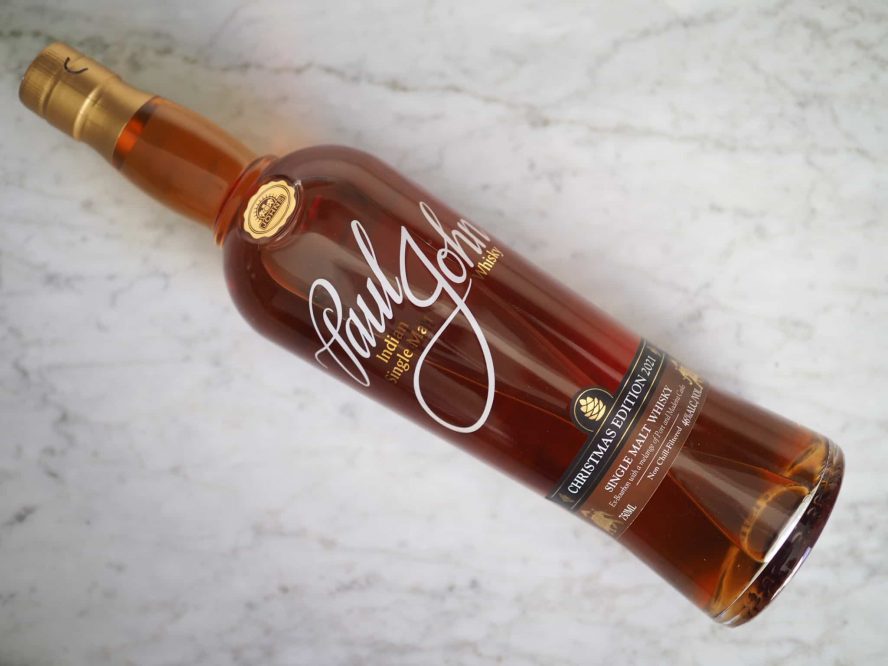 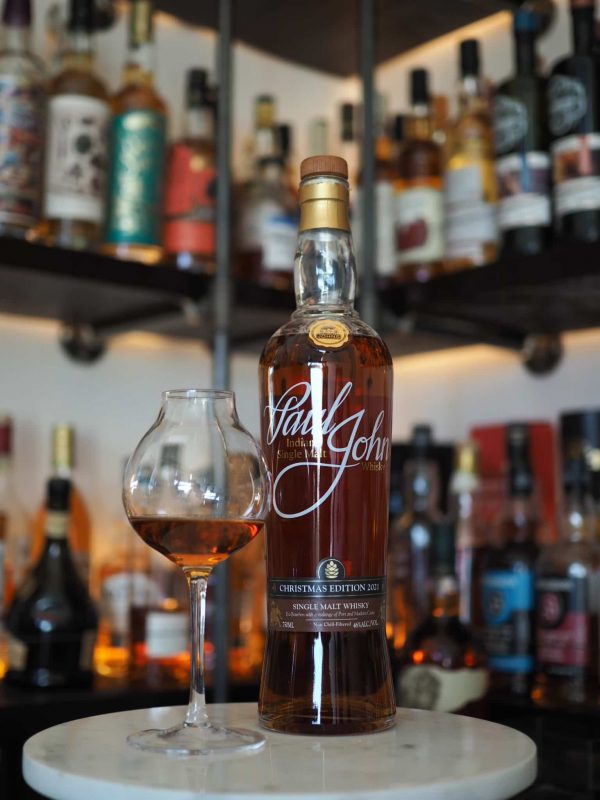 Waiting for the new Christmas Edition bottling from Paul John Indian Single Malt Whisky has become a tradition for me now. I knew what was to come for a while and I was really excited about this one since I knew what Michael d'Souza was up to for years too. This year, Paul John introduced a different cask maturation to us! Paul John Christmas Edition 2021 is aged in ex-Bourbon barrels and for the first time ever, a melange of Portuguese wine barrels, Tawny, Vintage Port and Madeira to be specific.

Goa, where Paul John Distillery is located at used to be governed by the Portuguese for a long while. The Portugal rule left a typical Christian nature to this state, not just architecture but also traditions like celebrating Christmas.

In my personal opinion, Paul John needed a whisky aged in Portuguese wine casks already. In the 2018 Christmas Edition, they used ex-Bourbon and Oloroso casks. In 2019, ex-Bourbon stayed the same but PX casks were used instead of Oloroso. Last year, Paul John Christmas Edition 2020 was a blend of three different cask styles. 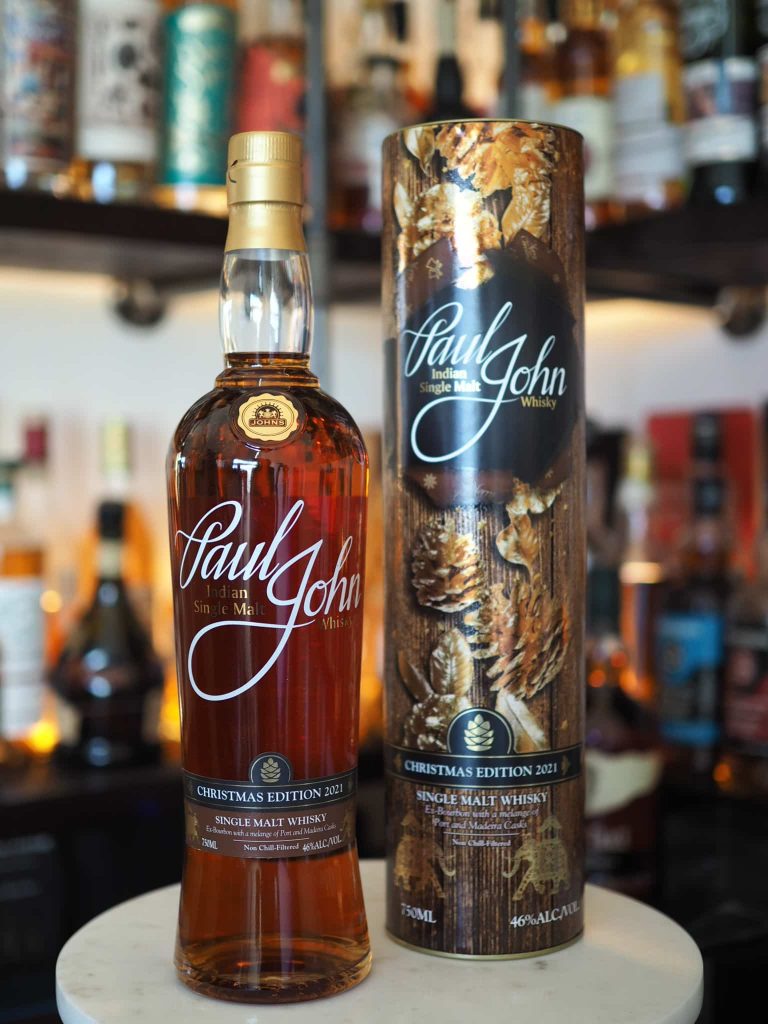 Paul John Christmas Edition 2021 will this time come out from a brown box with pine cones and golden leaves on it. With every new whisky, Paul John is introducing another creative packaging.

When waiting for this bottle, as I was expecting Port cask maturation, one part of me thought it might have that intense red fruit and peat combination that we are used to from a lot of distilleries. I have to admit that some of them are beautiful like Kilchoman 8 Year Old Ruby Port SCWC Pick, but some of them are just about putting makeup on a whisky. Well, thanks to Michael, we are far from that character in this one, and we are actually having another character, which the signature Paul John flavors are meeting these new barrels.

The whisky started with giving out a nutty breath. I got the signature Paul John flavors that I usually get from Classic Select Cask and lately Paul John Single Cask #2940 SCWC Cask. After a moment, toasted coconuts appear with very intense caramel notes, reminding me of caramel nougat. Orange zest, light tobacco meet in a Christmas cake. A very mild peat smoke note is bedding the nose throughout.

The palate is creamy and rich as I was expected, starting with tropical fruits and a melange of smoke, maltiness, butterscotch and cranberries. There is the lovely feeling of a dry Madeira, hazelnuts, oak spices and loud brown sugar.

The finish is long and mouthwatering, it makes you pour another glass. Notes of cocoa, a whiff of smoke, chocolate, cinnamon, cloves and allspice leave a great feeling overall.

As I mentioned above, Michael has been working on these Portuguese barrels for a while now. That means we were also looking forward to trying it! The outcome is a great whisky, very well balanced, carrying the signature Paul John and Christmas Edition characters together. There is also another massive thing I will add to this. If you have tried the Christmas Edition 2018 and can't find it anymore (at least that should be the case, I am open if anyone wants to send me a bottle of CE 2018), you will probably like Christmas Edition 2021 too.