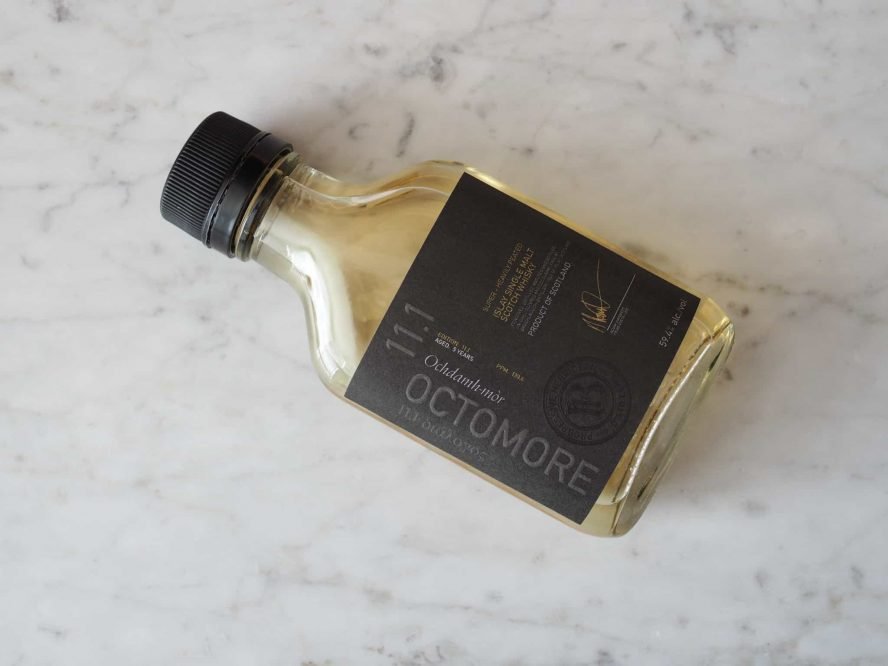 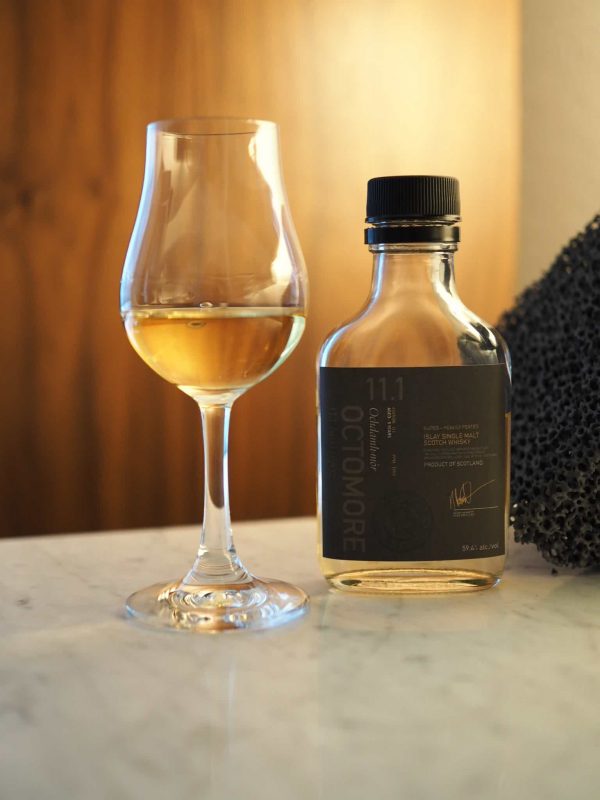 Finish: Creamy, barley hits the back with warm phenols

Octomore has become a cornerstone bottle for Bruichladdich over the last 11 years and now, it is almost another Octomore harvest time as the new Octomore 11 will be released on October 1st. This time I had the privilege to taste and review Octomore 11.1, Octomore 11.3 and The Octomore 10 Year Old.

Let's start with Octomore 11.1. The first of the 11th edition us matured entirely on Islay for 5 years. This starte to carry some importance for hardcore whisky enthusiasts since some other distilleries on Islay matures their whiskies in Highlands but still do market as they are doing it on Islay. The maturation happens in first fill ex-Bourbon barrels from Jim Beam, Heaven Hill and Jack Daniel's.

Bruichladdich decided to use 100% Scottish grown Concerto and Propino Barley for the distillation which were harvested in 2013 and distilled in 2014. As you can expect we are talking about an unusual peated malt at 139.6 ppm. Going back to Octomore 10.2 / 96.9 PPM can be a good idea here. 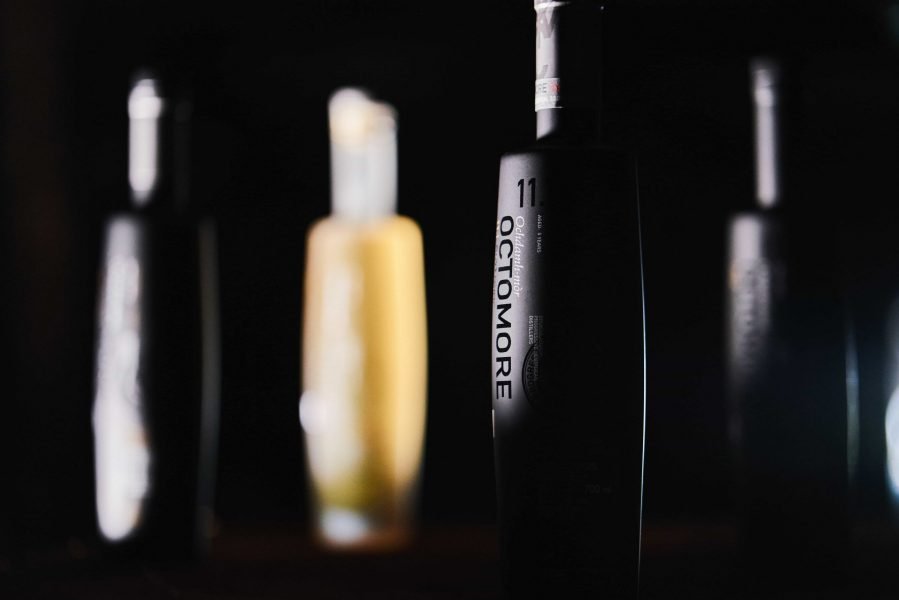 You can feel honey, malty sweetness easily. The peat level is not intimidating at all! Actually going back to 2008 and remembering the first ever Octomore 01.1 which was at a similar peat level of 131 ppm and at 63.5% abv. Octomore 11.1 is insanely close with the phenolic level. For that bottle, we were all so excited about the peat level, thinking it was an insane idea! Now, this peat is just balanced on the nose, adding another lovely layer. Minerality hit me later on, in a refreshing way.

The palate gave me a feeling of a ball of honeycomb with oak spices and smoked with peat! A pleasant combination. Every second it feels more juicy! Peat needs some time to show itself. Finish is long with a big barley explosion. It covered back of my palate in no time.

Adding water released citrus with pear jam! Water rounds up the palate big time, but I will possibly drink it again without water!