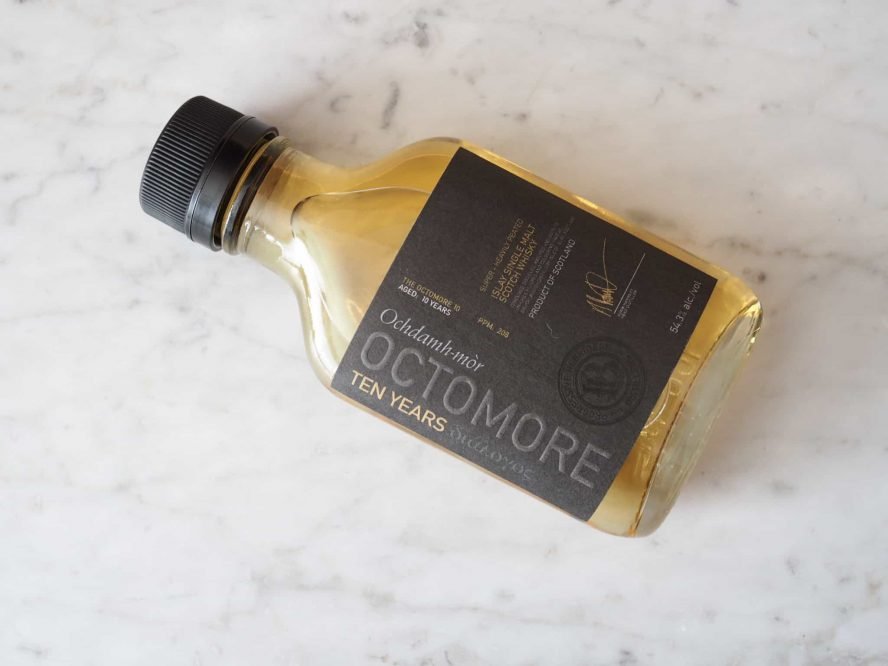 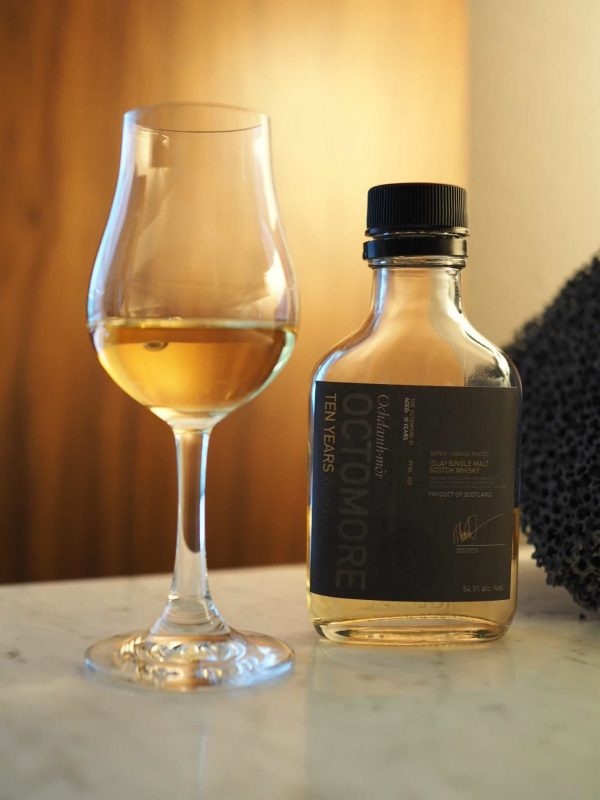 I was lucky to have some words with the Master Distiller, Adam Hannett started his introduction with the following sentence. "10 Years is all about time!"

It is a well known but not that well outspoken reality that some Islay distilleries are aging their barrels on Scottish mainland. Bruichladdich is not taking this approach and aging all the barrels entirely on Islay to give the Islay character to the whisky as much as possible.

I can just wrap up this whisky as 'Overly joyful!', finish this post and enjoy this. But, I love you all and I will continue. Palate is darker then I expected even though I had orchard fruits, apricots to start with. The char, cereal notes with roasted peppers is fun.

Palate is elegant and rich. Orchard fruits continue to dominate with caramel, white peppers. 208 ppm of peat attacks after some time in a flume to your palate and nose creating a centered focus on the tongue, leaving salty notes around it.

We will have a detailed video about this whisky with The Whiskey Jug and The Scotch Girl soon. About the finish, my words are "Finish, is not finishing". Long and lingering, with some menthol, touch of coastal character, oak spices, malty dominance in time with water.

Such a joyful, such a lovely whisky! It is a really close race with Octomore 11.3 and to be honest, I can't even state which one is better. There is no better. Both of them are great!