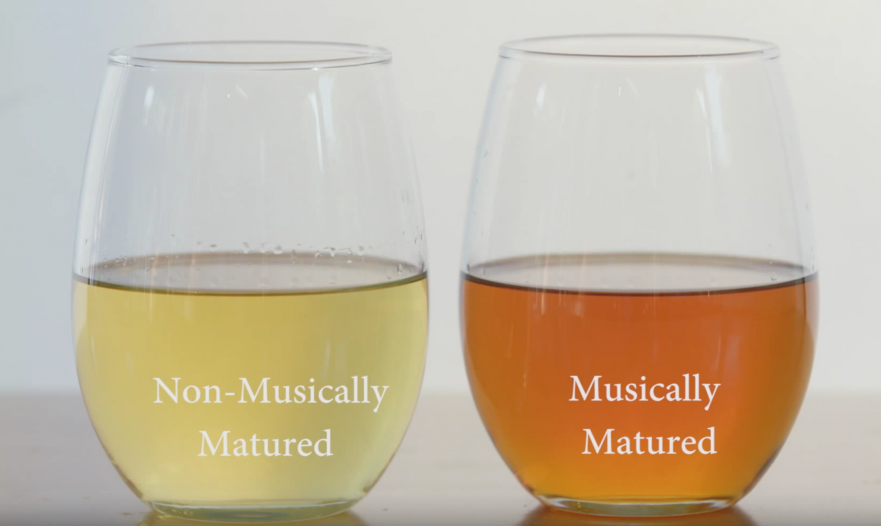 Cask Wars are still ruling the whisky market. After  the domination of bourbon and sherry casks alone, we have observed various different combinations like Oloroso finish, ale finish, Chardonnay finish, rum cask finish and so on. A classy example is Glenfiddich 15 Year Old. It was not so long ago to hear arguments about waking up the whisky and putting in another bed. But now another technique is growing day by day. Maturing whisky with music, using sonic technology and cymatics. We all admit that whisky and music may be the best thing in the world together. Let’s see how they work together in the production phase.

Especially some craft distilleries in the States started to mature their spirit with exposing the casks to different music styles and ultrasonic sounds. Dark Island Distillery is just one of them. Dark Island leaves different casks having different spirits inside to different types of music. For bourbon they play rhythm & blues, for rum they play reggae and Christmas Carol for their wheat whiskey. They claim that by this method they try to ‘agitate’ the spirit and increase the surface contact area. Even though we think that this might have a negligible effect, the result is shown in the photo below. Dark Island calls this procedure ‘Musically Matured’. Left glass have an untreated, calmly waited whiskey, while the glass at right contains ‘Musically Matured’ whiskey. 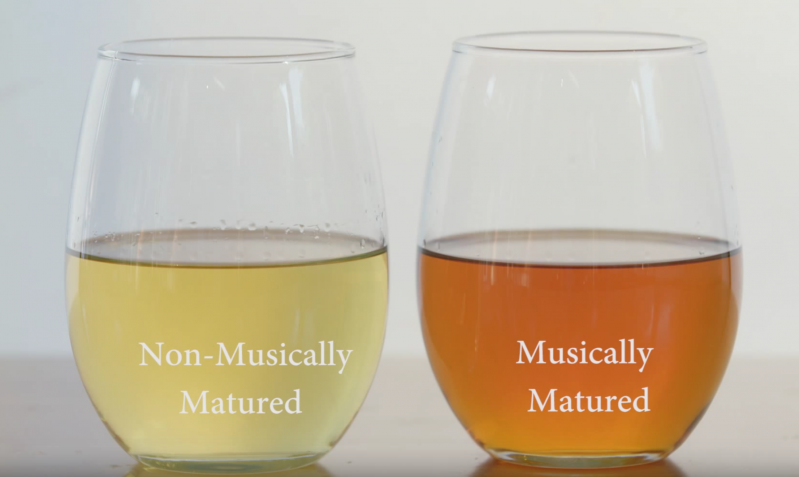 The distillery tells the story really well in the video below.

Another distillery called Tuthiltown Distillery in upstate NY firstly fill their bourbons into very small sized (3 gallons) barrels instead of the usual 53 gallons barrels. Since the whiskey contacts larger area of wood we expect a drastic change in whiskey in a short amount of time. However they also agitate their whiskey by exposing them to a low frequency sound. Hudson Baby Bourbon Whiskey is the result. Despite being matured for just 4 months, it already collected a large number of trophies. Tullhiltown Distillery explains their production phase in the video below.

Another US distillery, Copper & Kings in Kentucky, fills their brandy in Kentucky bourbon barrels and leaves the barrels to the ‘caring’ hands of Rock’n Roll. The deep bass sounds coming from the subwoofers makes the liquid dance in the barrel.

It is really meaningful and reasonable to think that sonic waves will make the spirit dance and contact with more wood. Last year Glenfiddich made an art project for their 21 year old Reserva Rum Cask whisky which clearly shows the effect of these kinds of waves on the liquid.

We have talked for years on if waking up the baby and putting her in another bed is nice or not. It is not so far that we would talk about already awaken babies in the casks. As there is a little left for me now to move to the States, it seems that I will let you know about the differences very soon.