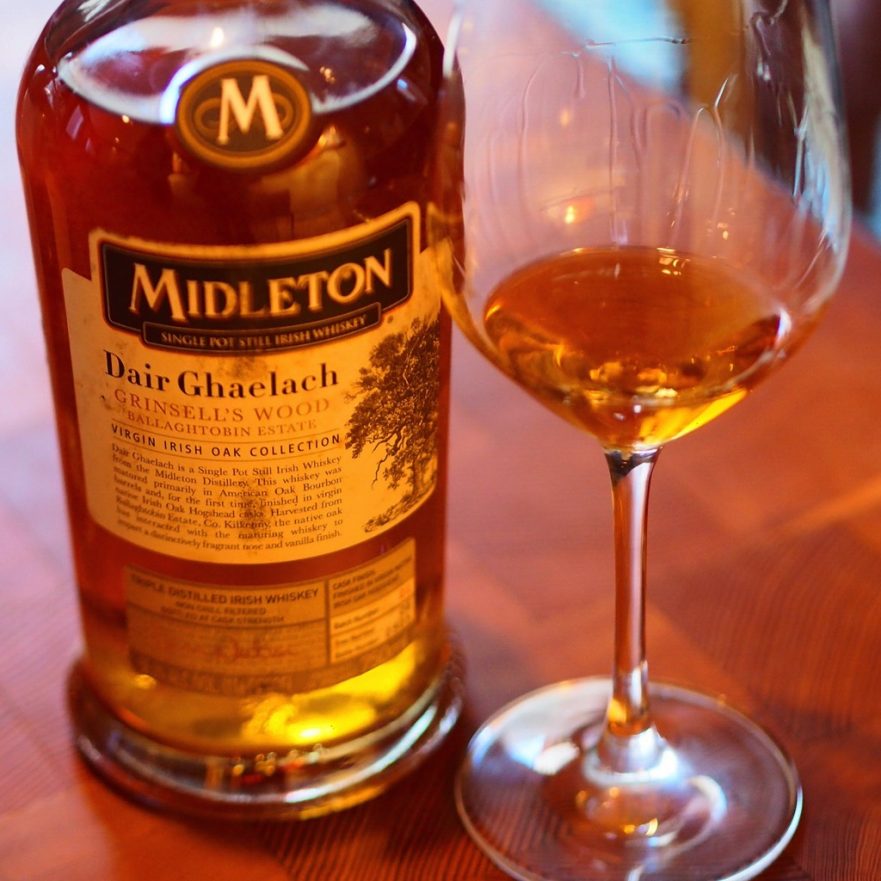 Nose: Nose starts with vanilla and instantly followed by orange zest, cream, chocolate, coffee and summer blossoms. As it gets some air earthy notes and nectar are added to create a complex and rich whisky.
Palate: Palate has a high body, creamy and chewable. Like the nose, front palate is sweet and has citrus profile. As it travels to back tobacco, orange blossom, chocolate, sourdough bread
Finish: A floral, creamy, long finish.

Dair Ghaelach is the first virgin Irish oak finish whiskey from Irish Distillers. Single pot still whiskey aged for 15 to 22 years in ex bourbon casks is finished in virgin Irish oak casks which were made in Jerez after fallen oak trees were collected from the Grinsell's Wood in Ballaghtobin Estate.

In 2016, Jim Murray gave 97 points to Midleton Dair Ghaelach, just 0.5 below CR Northern Harvest Rye, and it was named the second best overall and the best Irish whiskey of the year.

In the following years Dair Ghaelach became so popular! It sells out whenever available and selling for thousands of US Dollars at the auctions by the set.