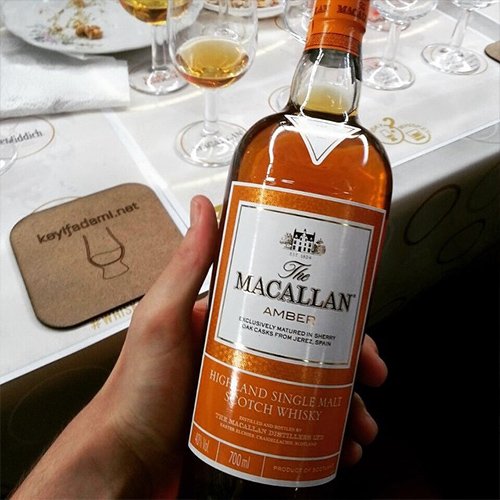 The Macallan 1824 Series was composed of non-age statement whiskies. There were four whiskies in the range namely Gold, Amber, Sienna and Ruby. Oscuro was added to the line for a short while but now it is sold as a stand alone expression.

Amber was the second whisky in the range and it was widely available.

Distillery claimed that the darker the color of the whisky, the older it was. At the time when this whisky was on sale, it was widely approved that Macallan Amber was a nice entry whisky for the Macallan range.

I don't think that this whisky should be at a higher price than the Macallan 12 Year Old Sherry Oak.Though, availability became a metric for whisky prices nowadays.