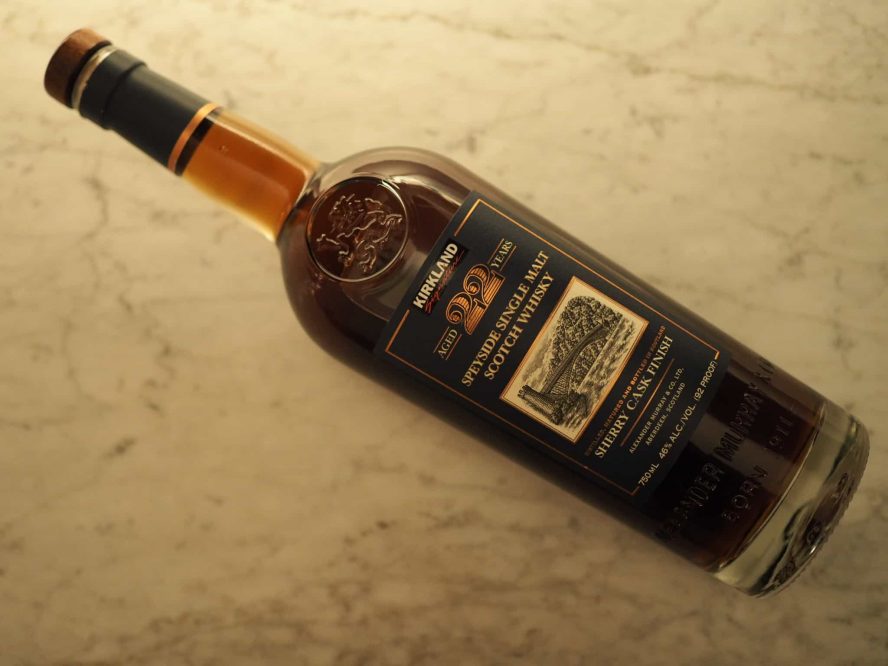 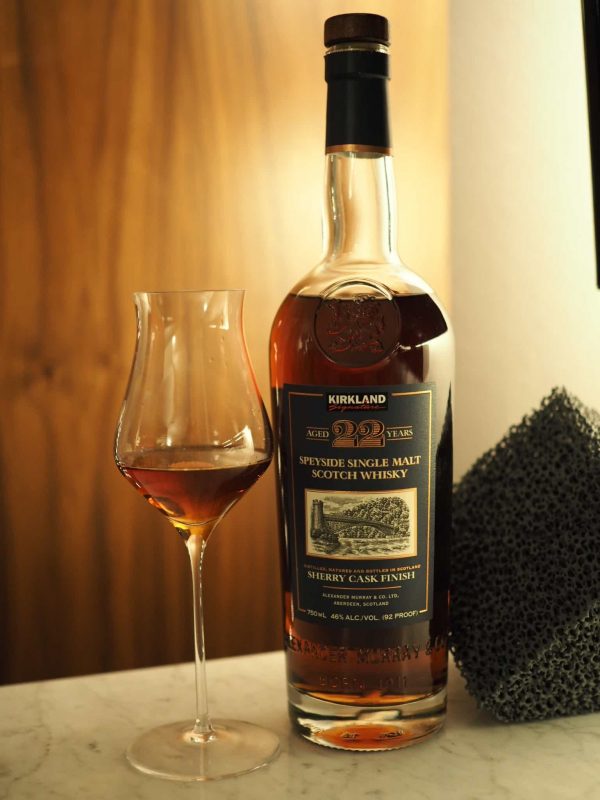 Kirkland 22 Year Old Speyside Single Malt Scotch Whisky is an interesting one. Kirkland is the own branding of Costco, which is a chain gross market in the USA. They release their own branding of olive oil, soap, chips and thousands of other products under the name of Kirkland and whisky is one of them. Their single malt Scotch whiskies are sourced by an independent bottler we are familiar with, Alexander Murray!

This bottle is a 22-year-old single malt Scotch whisky from the Speyside region of Scotland, which is home to famous distillers like the Macallan, Aberlour, Glenfiddich, Glenlivet and many more.

For these supermarket single malts, not knowing the distillery is quite the problem. I was introduced to this bottle by my friend Whisky Sifu and luckily he had an extra that I could buy. 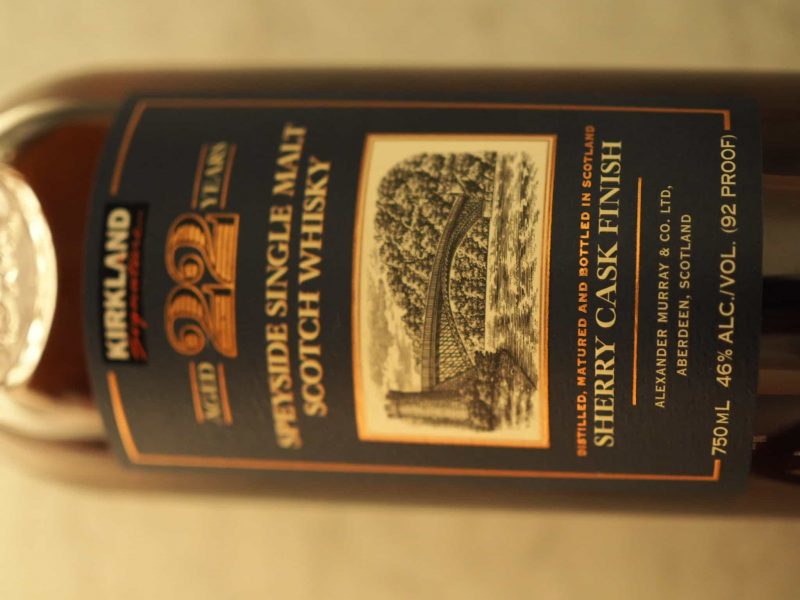 Many times, we heard that supermarket whiskies won awards. Especially in the UK, when some young and affordable supermarket whisky wins an award, I generally receive emails like 'Did you see this?'. Well, independent bottlers like Alexander Murray are no jokes! They are well-established companies possessing a structured inventory of whisky. So there is a high possibility that your supermarket whisky is actually good if it comes from a reputable company. Being free of marketing fees, fewer ties to the brands make these unnamed whiskies also very affordable.

How Does This Taste?

The first sentence I said to Roland upon having my first sips was, "This has no faults!". Kirkland 22 Year Old has no single fault, it is overall a successful whisky. The whisky is finished in Oloroso Sherry casks for six months after being aged in ex-bourbon barrels.

The nose offers dried fruits, orange, chocolate, walnuts, pine trees. The palate is beautifully embodied around raisins and plums with earthy flavors like tobacco, chocolate. It also has peppers, blackcurrant. The finish is lingering and spicy with cinnamon, nutmeg and a great Christmas cake feeling.

With 46% abv, I can only say it is a great whisky, especially at the price point of $80!!! I am not sure if you will still be able to find some but I am happy I have a bottle.

As it writes on the back label where the CEO of Alexander Murray, Steve Lipp is quoted: "A great sherried malt to share with friends." I couldn't say anything different! I will be sharing and finishing this bottle when my friends come over.

Which Distillery Is It From?

This is a question that won't be answered by AM or Costco! It will stay undisclosed but we can always imagine, right?

I found some similar notes with some Glenrothes I have tasted earlier and Roland also had the same thought. Runner up for me is Glenlivet!