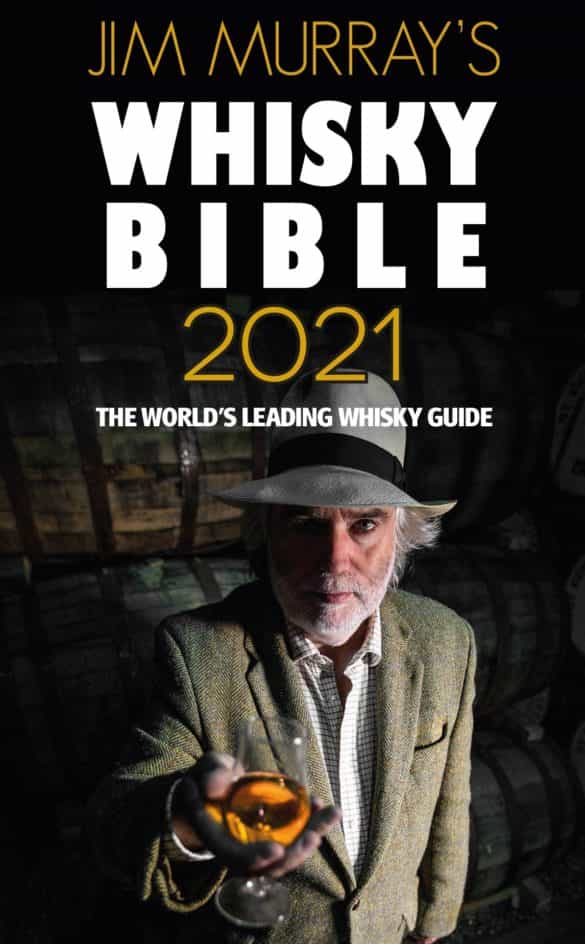 Every fall, whisky writer Jim Murray salutes us with his new edition of Whisky Bible with thousands of reviews and scores for whiskies around the world. His new book Jim Murray’s Whisky Bible 2021 has just gone on sale on The Whisky Exchange. His book also announces days of discussions on his favorite whiskies of the year.

This year, Jim Murray says that he scored 4500 whiskies with the theme of new releases. It is no secret that, companies compete to take the top places in his book and this year was no different apparently. Without further ado, let’s look at the winners of the year.

When Jim Murray picked Crown Royal Northern Harvest Rye in 2015, we had some heated arguments around the world about how controversial that was. However, I have been hearing nothing but good things about Alberta Premium Rye Cask Strength. Alberta Distillers was known to be a good rye whiskey source for Masterson’s and WhistlePig until 2019. Late last year, they have decided to bottle their own label of the cask strength rye. Unfortunately, whiskey looks to be only available in Canada. So enjoy those bottles while you can friends on the northern part of the border! With a retail price of $65, it looks like we won’t see any soon.

Update: I just reviewed the second release of the Alberta Premium Cask Strength Rye! Check it out!

Well, I am not surprised to see a bourbon in the top three as Jim Murray also picked numerous bourbons in the latest years. Stagg Jr is a bourbon I also like to drink. Unfortunately, I haven’t been able to grab any of this batch, which is Batch 13. Possibly, I will have a friend who will give me a sample! Until then here is a review by friends at the Whiskey Wash. I am sorry to say that Stagg Jr became an allocated store item from a bourbon no one cared about. Sounds like a usual path for bourbons lately right? With an MSRP of $50, I would say no brainer any time, but the prices for Stagg Jr raised up to $100-150 range lately, which is no good at all!

I believe Paul John Mithuna is one of the whiskies that is perfectly suitable for Jim Murray’s theme for this year ‘The New Releases’. As you understood, Mithuna is not released yet but I can give you some insider information. Paul John Mithuna is the second release of Paul John Whisky’s Zodiac Series. The genesis of the series introduced us Paul John Kanya which was also one of my favorite whiskies in 2018. Jim Murray says sampling its sensational chocolate-and-spices complexity is: “Like after you have just made love…and you are unable to speak or move while your senses get back into some kind of normality.”

The first release, Kanya, was named after the Indian Zodiac equivalent of Virgo. The second release will have Mithuna name on it which refers to Gemini! This release will be at 58% abv and aged in American virgin oak casks and finished in ex-Bourbon barrels!

Paul John Mithuna will be available in the US in 2021. Unfortunately, the bottle shot is also not available but I can assure you, it looks stunning. I have had the chance to taste it during its maturation in India and all I can say is, Jim Murray has a point this time!

Below are the results for Scotch and American Whisky categories. For the whole announcement, you can check this link.

I am not surprised by this selection as Jim Murray has an affection towards Glen Grant. I also tasted this particular whisky last month and it is very well rounded with rich character. I would call it a whisky for the fall season. Below are my tasting notes