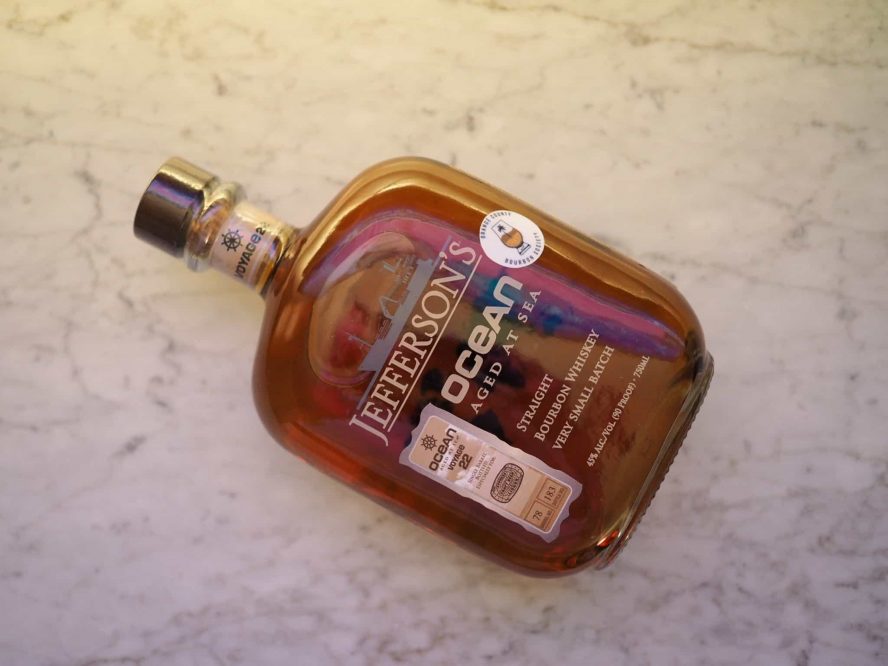 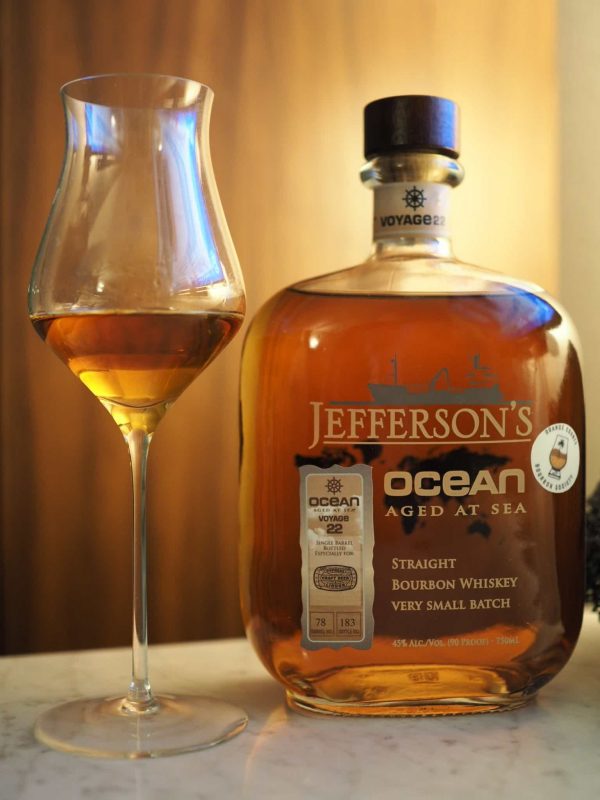 Finish: Medium to long with a touch of beechwood, white peppers, bitter carob, licorice and cocoa.

Whiskey and sea have always been good friends with good and sometimes bitter memories. You probably heard about sunken ships with bottles of whiskies that are sold at auctions now. In modern days, whisky brands choose sea or ocean elements in their marketing or in their production.

Jefferson's Bourbon is one. that brought both aspects together. With Jefferson's Ocean Aged At Sea bottles, they are in the utmost search of the impact of aging at the sea, particularly aging at the sea and ocean conditions for a longer period compassing different regions, enduring challenging natural environmental phenomenons.

Also, I liked the way Jefferson's is giving back to the sea! With the OCEARCH Mission, they give back to the sea by dedicating themselves to study and track marine species.

Jefferson's Ocean Voyage 22 is from their Voyage 22 as the name suggests. . The barrel #78 is the pick of Cypress Craft Beer & Liquor in collaboration with Orange County Bourbon Society. They still have some of these bottles for sale on their website, just click the link.

Voyage 22 has the special heated mash bill. This voyage spent considerable time traveling around the world, starting from Savannah to Manzanillo, then a stormy trip on the Pacific to Australia. With fluctuating climate conditions, the ship made it to Shanghai and made it to Tacoma, Washington. Re-entering the Caribbean at the end of a storm season was their start for a European trip through Baltimore. Storms made them turn to Africa and then back to Baltimore under cold and stormy conditions. After staying in Baltimore for 5 days, Voyage 22 made it back to Savannah!

The story took place in 9 years on a ship! All the climate depressions and storms of course had an impact on this whiskey. That is actually what Jefferson's Ocean Aged At Sea is all about.

The nose starts with damp oak, corn cereal, orange zest spray with caramel. Aside from the freshness of mint, there is no sharp corners

The finish is medium to long with a touch of beechwood, white peppers, bitter carob, licorice and cocoa.

The whiskey is bottled at 90 proof (45% abv) and honestly, it is a real easy to drink whiskey. I don’t see this bottle living for a long time in a bourbon loving environment. For my personal taste, I would like it slightly higher proof, but there is totally nothing wrong with 45%.