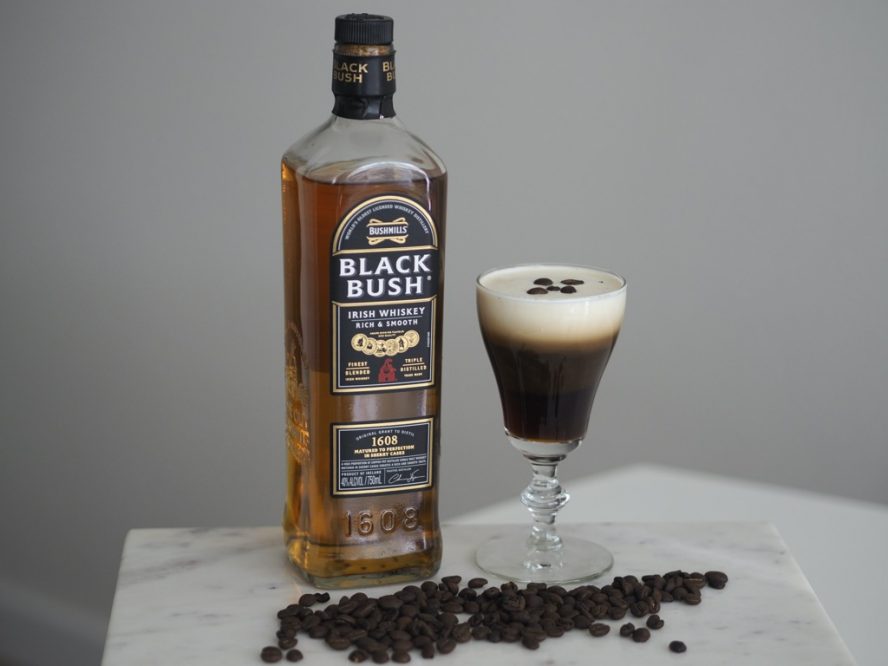 Today is January 25th, National Irish Coffee Day in the United States. Let’s give you a small and fun history of the beloved cocktail which is followed by the original recipe from The Dead Rabbit.

Sometimes famous cocktails are just born by a coincidence. Luck brings out delicious wonders like this Irish Coffee which is great to sip some, under rainy and dull weather. Some warm, coffee notes with the delicate Irish whiskey flavors and that cool cream!

The story begins in 1943, in a town called Foynes in Ireland. Foynes was an important terminal for flying boats back then. Especially in World War 2, it just became more important. One late night in the winter of 1943, a flight departed from Foynes for Botwood, Newfoundland. After flying for several hours in bad weather conditions, the captain had to make the decision to return to Foynes and wait for better weather conditions. A message with Morse code was sent to the control tower at Foynes to inform of their return. The staff was noticed to return to work. When the flight landed, passengers were brought to the airport restaurant to have some warm food and beverage.

Joe Sheridan, the chef, in order to warm the passengers, decided to add some good old Irish Whiskey into passengers’ coffee cups. One of the passengers approached the chef and thanked him for the delicious coffee. He asked Joe if he used Brazilian Coffee? Joe jokingly answered, “No sir! That was Irish Coffee!!” The next week, Sheridan pays a visit to Brendan O’Regan, the owner of the restaurant and presents him with the genuine cocktail he made.

From that day on, Irish Coffee became one of the world’s favorite but it has also came a long way. I have tried a lot of them during my travels around the world. Tried a bunch of famous bars and recipes. Though the best coffee I had was the one I had at The Dead Rabbit in September 2019 in NYC.

Sean Muldoon, one of the owners at The Dead Rabbit says:

“Our signature cocktail drink at The Dead Rabbit is our Irish coffee – It took us a long time to get it right and I genuinely think the one we’re doing now with Bushmills Original is the best. Bushmills Original has the highest grain content of the blends, which makes the whole Irish coffee lighter. Irish coffee shouldn’t be heavy or overbearing. Even our staff is commenting on how good it is.”

I will give you the following recipe which I just made a twist by using Black Bush instead if Bushmills Original. I like my Sherry casks with Bushmills. You can check my Best Whiskies of 2019 list where a vintage Black Bush took #9! 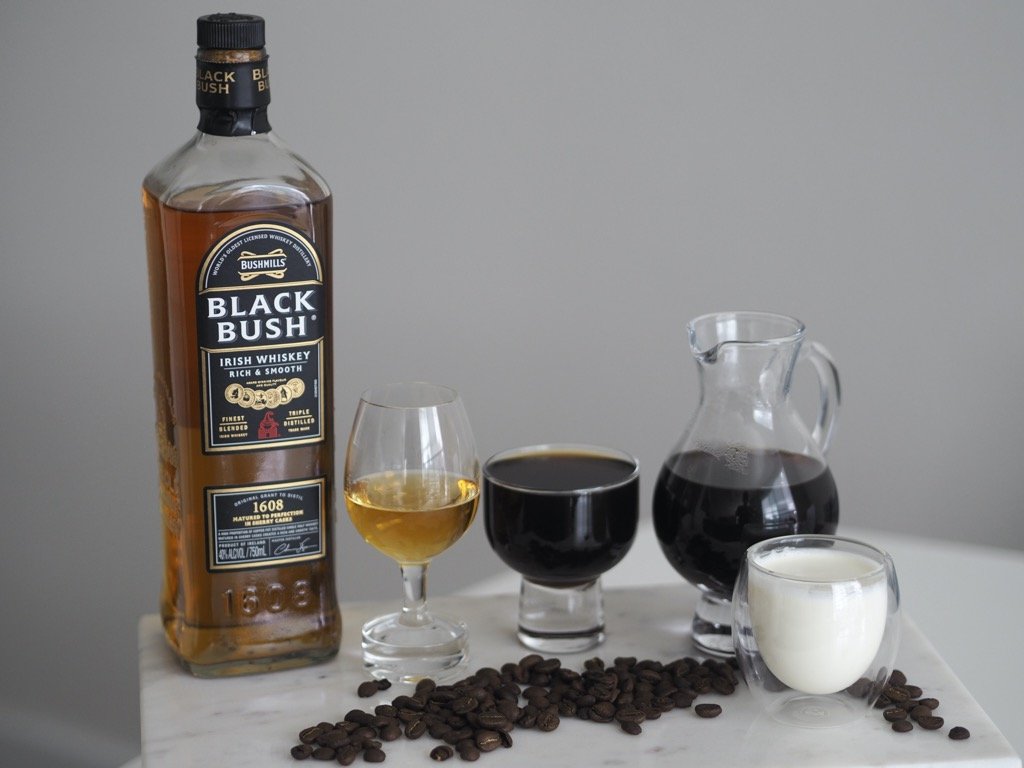 First, the glass is warmed by adding hot water for 5-10 seconds. Syrup and whiskey is added. Make sure that Demerara syrup has all sugar dissolved in it. Then coffee is added until 1-2 fingers off the rim. Lastly freshly whipped heavy cream is added slowly on the top of coffee by using the back of a spoon. 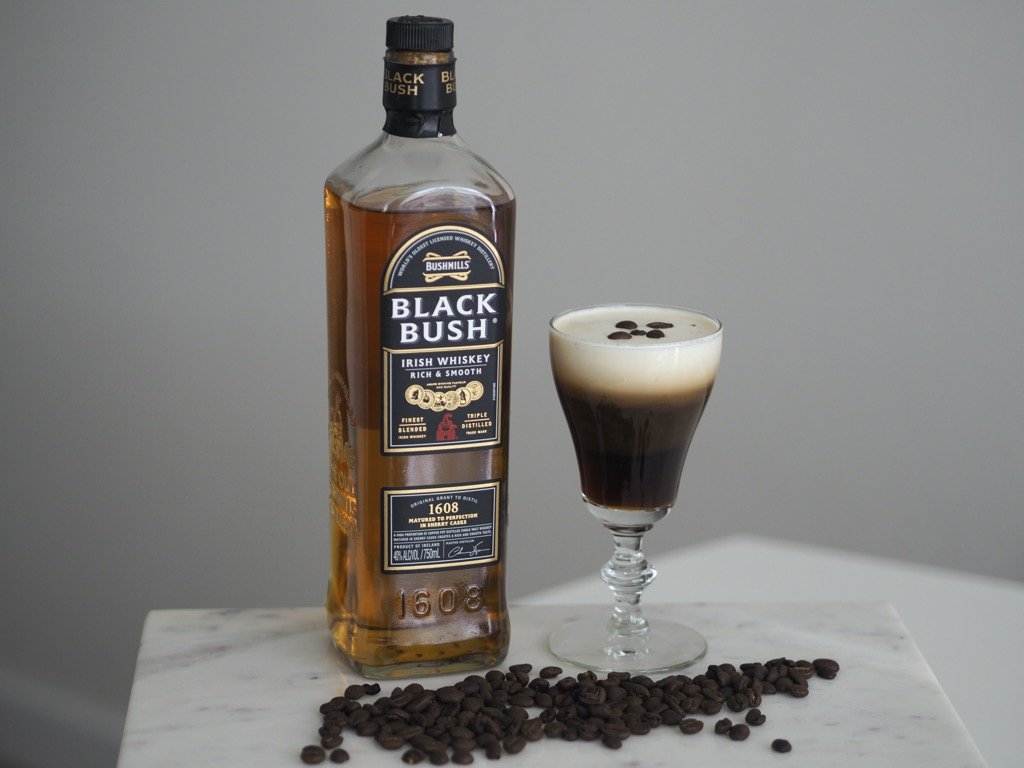 Coffee + whiskey should be heaven !!