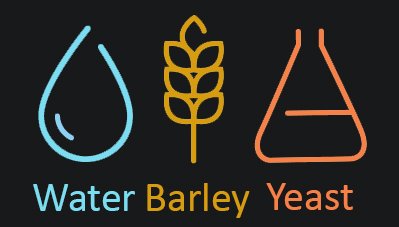 It is really not easy to tell the production phases of a spirit which has been ruling the world for hundreds of years. However I will try to give you a summary of whisky production.

To start whisky production we firstly need 3 main ingredients, namely water, grain and yeast. For the grain source, Scotch whiskies often use barley for single malt production and the US distillers widely use corn and rye are as you can remember from my Whisky Or Whiskey? post. Of course there are other materials which are used in the production phase like peat. Below you can find the production steps based on making a Scotch single malt whisky.

Whisky production is operated at places where we call distilleries. These distilleries are generally located in the proximity to pure water sources. The reason is to add water into the process without playing with it too much. Just a little research will show you that most of the distilleries claim to have the purest water in the industry. Moreover, distilleries like The Glenlivet and Bowmore released their bottled water. However, there is a generous amount of filtering and pH modification going on during the production.

In traditional manufacture, barley is harvested from nearby farms. Though today, the uprising demand resulted in the mass purchase of barley. For some Scotch single malt whiskies, barley is imported from high quality vendors in Germany and Slovenia.

Finally, yeast is of big importance when it comes to alcohol extraction. The ultimate goal would be to store and create their own house yeast like at some Belgian breweries, however, most of the industry uses M1 distiller’s yeast.

Click To Open
Malting is the first step of whisky production. Harvested barley is fed by water in a big concrete tank for around three days to attain a humidity of 45%. Wet and fat grain is laid on the ground to kick start germination. This traditional process is called ‘Floor Malting’. Some distilleries such as The Balvenie is still using this method for some part of its phase. Laid barley starts to germinate in time.

The arms of germinated barley should not tangle with each other. Therefore, during germination, barley is aired by big shovels or ladles about 3-4 times a day for 6 to 7 days. A physical disease on workers’ dislocated shoulders which happened during this operation is called Monkey Shoulder, which is a popular blended malt whisky nowadays. The next step happens at kiln which is composed of two floors. The second floor has a big steel ground with tiny holes. On the first floor fire is made by anthracite coal and peat. In simple terms, the longer the peat is used, the smokier your whisky gets.

Click To Open
In mashing, dried barley gets into the grinder then meets hot water. Aim is to extract the sugar from starch. Hot water is generally given 3 times at 60, 75 and 90 degrees Celcius, which can differ from distillery to distillery. Resulting liquid is called the wort and directed to wash-back tanks.

Click To Open
It is now alcohol’s turn to take the stage. Wort from mash tuns is cooled and transferred to washbacks. In washback, wort meets with yeast to use its sugar and create alcohol. This process naturally release energy and carbondioxide. Process takes place for almost three days and the ‘beer’ attains a 6-7% alcohol level. Again, these steps can differ from one distillery to another.

Click To Open
Until this step, whisky production has a lot of similarities with beer production. In beer production, hops and sometimes sugar are added during fermentation. However, in whisky production, we are reaching a new step, which is called distillation. Distillation takes place in copper stills. Every distillery has its own different numbers and sizes of stills. In Scotland, generally 2 different types of copper stills are used which the spirit is distilled two times. Sometimes some distilleries can change this number. While The Auchentoshan Distillery uses 3 distillation method, Springbank can do it 2.5 times. In Irish whiskies, the number is generally 3. Though it can also differ in some Irish whiskies too.

Beer coming from fermentation is firstly directed to the bigger stills called the ‘Wash Still’. Alcohol in stills is evaporated by direct heating (direct fire, steam or hot air) condensates at the neck and falls as spirit. This spirit is called ‘Low Wines’. Then, low wines gets into the second still called the ‘Spirit Still’, which is often smaller than the wash still to increase the copper contact. Same process by heating is conducted again and the condensed spirit reaches the case known as ‘the Spirit Safe’. Malt master decides whether the resulting spirit is pure enough to be whisky and sends it to the last phase where the spirit will be put into casks.

Click To Open
And the final step, as well as the longest step. Spirit coming from distillation is put into oak casks which they will sleep for at least three years according to Scotch Whisky Regulations. The period can be as long as 12-50 years or even more. Every year an amount of whisky evaporates because of climate and breathing structure of casks. This phenomenon is named as the angel’s share. While the percentage of this evaporation is around 2-3% in Scotland, it can be as high as 8-10% in India, 10-12% in Taiwan because of the hot climate. That is also why Indian and Taiwanese whiskies mature faster than the Scotch.

Most of the time, master distiller, master blender or the malt master taste the barrels in years and decide when they are ready to be bottled. Most of the whiskies around the world including single malts are results of vatting (blending) from more than one cask. However, a cask can also be bottled which later to be named as ‘Single Barrel’ or ‘Single Cask’. As whisky gets out of the cask, it generally has more than 40% ABV. During bottling, water is generally added to dilute the alcohol content to 43% or 40%. Whiskies named as ‘Cask Strength’ or ‘Barrel Strength’ have no water added to whisky and whisky is directly put into bottles.

Aside from the stages I stated, processes like caramel coloring, mechanical and chill filtration can be applied to the spirit. Moreover, micro climate of whisky region, climatic characteristics saturated in the peat that is used, water characteristics can differ the taste and joy we get from whisky.

Please find the whole illustration from The Whiskey Wash here!