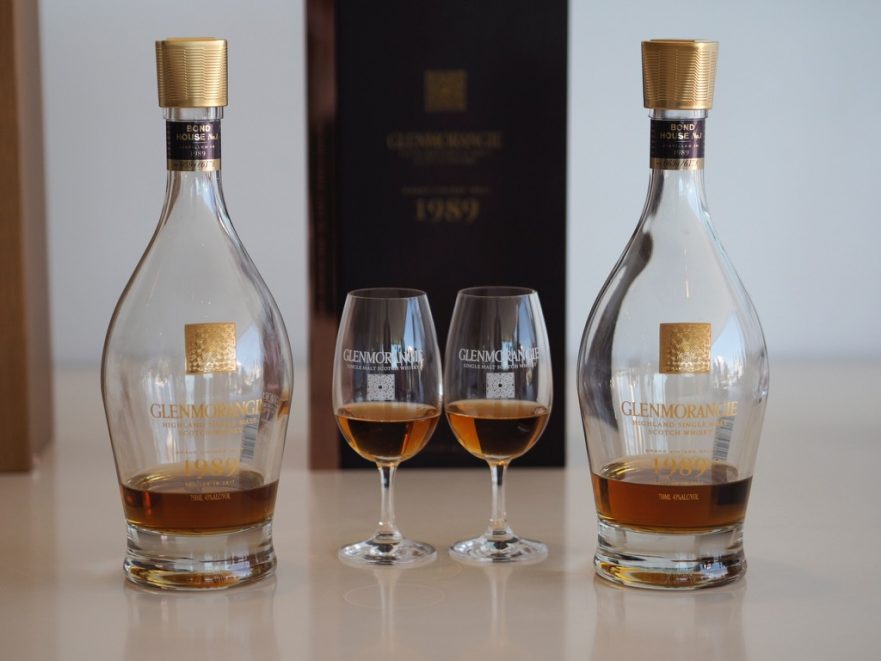 Glenmorangie Grand Vintage Malt 1989 is the newest release came out from the Glenmorangie Distillery. As the latest Spios is still sought after in the market, this expression came out as another bomb.

Glenmorangie used some of the last ever distilled in Glenmorangie’s traditional still house which is Bonded Warehouse No.1

Dr. Bill Lumsden came out with an incredible boldness to try an ex-Côte Rôtie barrel finished Glenmorangie and to be honest they brought out an exquisite whisky.

He used a single vintage, 27 year oild, soft and elegant classic Glenmorangie whisky and firstly matured it in ex-Bourbon casks. Then a wee portion was transferred into ex-Côte Rôtie barrels and some portion was finished in ex-Oloroso Sherry casks.

A rich nose is followed by a layered palate leading to a elegant and quite powerful finish!

Unfortunately this 27 year old is not cheap. MSRP is around $665 and wallets are gonna be damaged for the beauty.