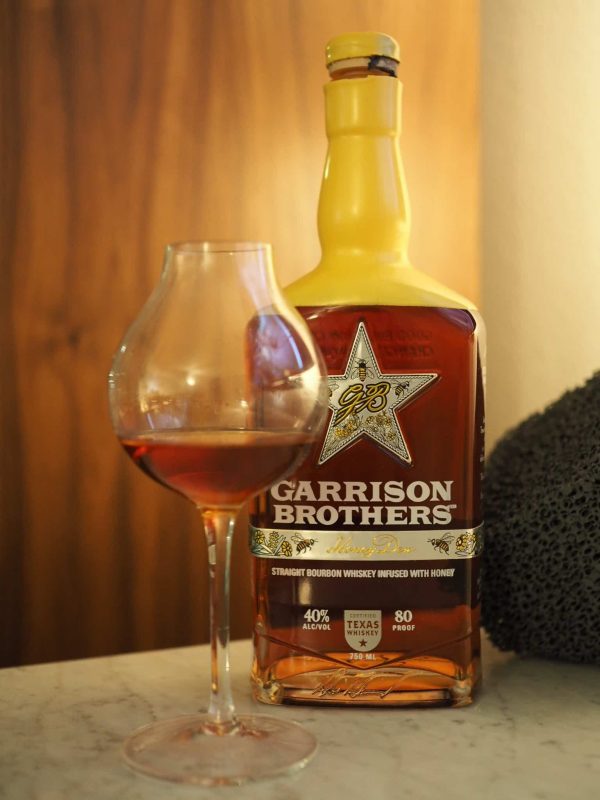 I have to go back a decade back to a birthday celebration I had with friends. We had a great celebration at my place and one of the drinks was a honey-flavored whiskey, which didn't stay in the bottle and its smell was everywhere in the apartment the next morning. It was so intense that, I tried to stay away from honey-flavored or honey-infused spirits since then. I was very skeptical when Garrison Brothers sent me a bottle of HoneyDew

Don't get me wrong, I love honey and I do have some kind of honey every morning at breakfast. It is a pretty important part of my nutrition. It also looks very important for Garrison Brothers as they apparently put a good effort into making this bottle. They infuse Burleson’s Texas Wildflower Honey with their Garrison Brothers Small Batch Texas Straight Bourbon. The Master Distiller Dennis Todd transformed used bourbon barrels into small, wooden cubes that were immersed in honey. These cubes were later placed in a stainless steel tank. For seven long Texas months, the bourbon soaks honey flavors! 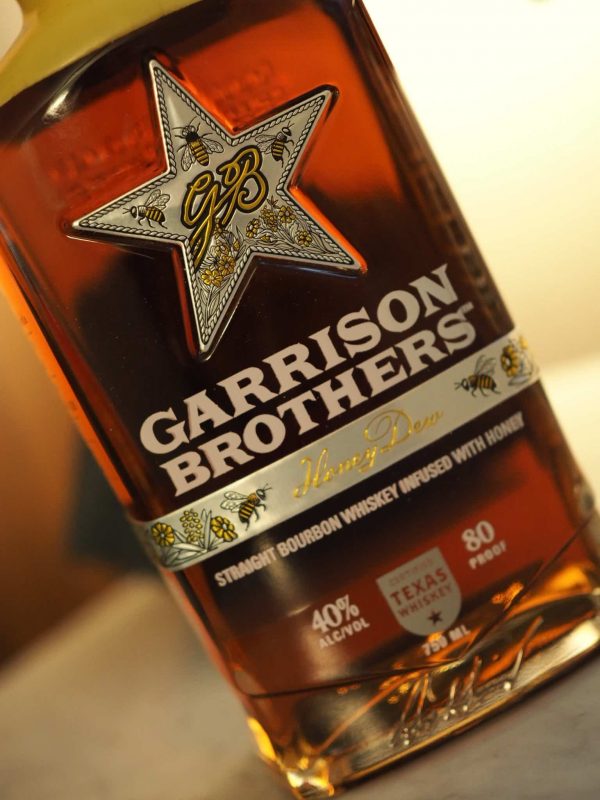 Sometimes, I love to admit that I am wrong. That is actually why this article took so long to write as I didn't believe my palate and tasted it again and again and again. That honey-infused whiskey memory of mine I discussed above tried to fail me over and over again but Garrison Brothers HoneyDew managed to overcome that.

The nose starts with a cinnamon burst followed with toasted oak, smoke and shaved oak flavors. Honey stays out of the game for some time. Then, dark honey, elderberry and resin show up. The palate is not really thick but creamy. Caramel notes emerge with wood tannins, black peppers, apricot-like stone fruit and cardamom. The finish is fresh and long with flowers, Sultana grapes, toasted bread, white peppers and a touch of white chocolate.

HoneyDew has a very well-balanced infusion. The balance is like a low peak sinus wave where you can feel the dark honey and then the bourbon you know from Garrison Brothers.

When we look at the side of the bottle we can actually find more information. In this bottle food grain #1 white corn from South Texas was used and distillation and barreling happened in 2016. This bottle was released in 2020 being one of 27372 bottles.

I was very surprised as you read before. I am almost at half of the bottle now and some of my guests became fans of the HoneyDew. The balance of the infusion is the key to my liking. It doesn't overpower you with honey, nor the bourbon. The only problem with this bottle can be the price tag of $80, which can push off some customers.

“Life is simply too short to waste on cheap sourced whiskey.” - DAN GARRISON