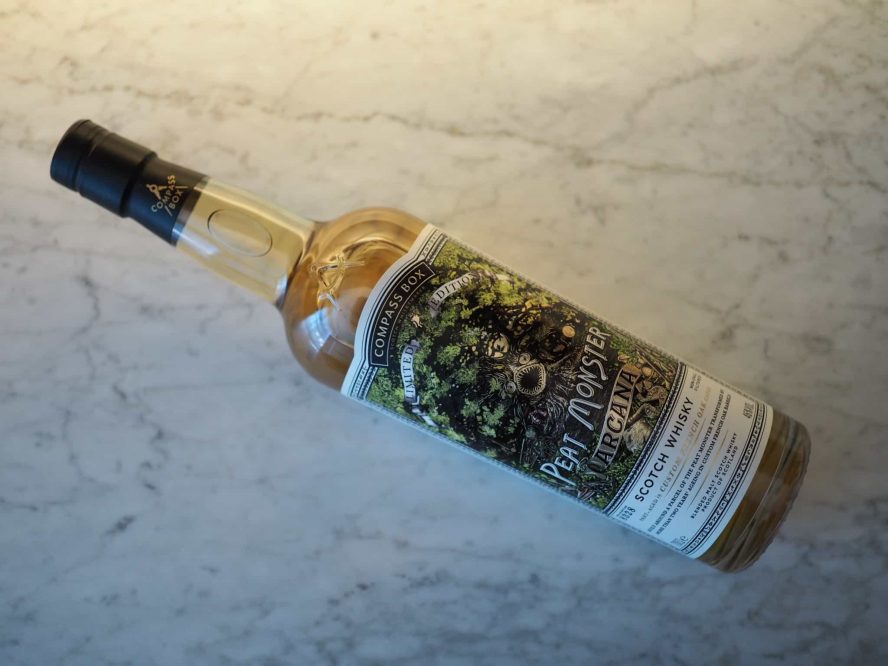 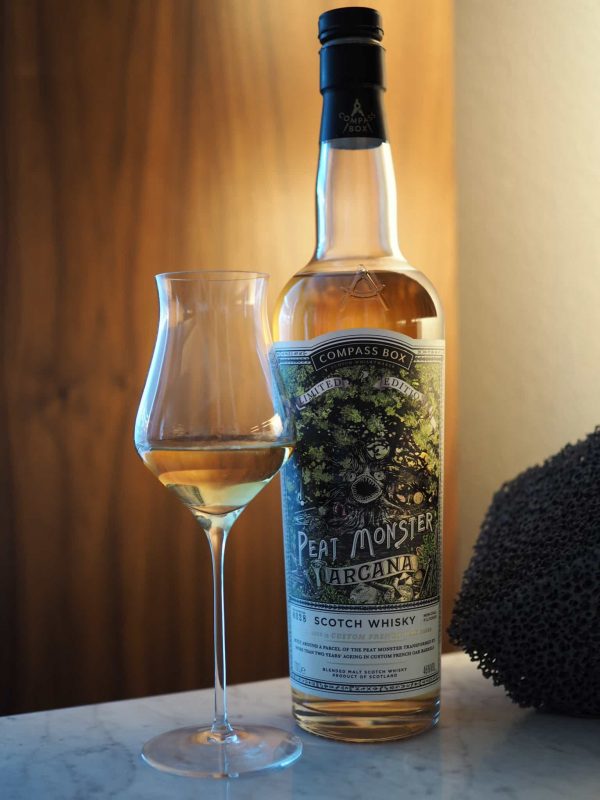 Compass Box Peat Monster Arcana is a late release in 2020 from Compass Box Co. as an answer to one simple 'arcana'. How would French oak affect a smoky whisky?

If you are not familiar with the original Compass Box Peat Monster, in a few words it was a bold idea of finding the balance between smoky and peaty aromas with fruity and malty flavors! I like peat a lot! I find Peat Monster to be a gentle point with an impressive peat character blended into elegant fruit notes!

Then what is happening with  Compass Box Peat Monster Arcana? If you know about the recipe fact sheets of Compass Box, then you know they love their Highland Malt Blend in custom heavily toasted French oak barrels! What they did with this whisky is, they took 3 of those casks and filled them with cask strength Peat Monster. Then they complemented it with malt whiskies from Ardbeg, Laphroaig and Miltonduff distilleries which are unusual to the original Peat Monster recipe!

Below, you can find the recipe for Compass Box Peat Monster Arcana! 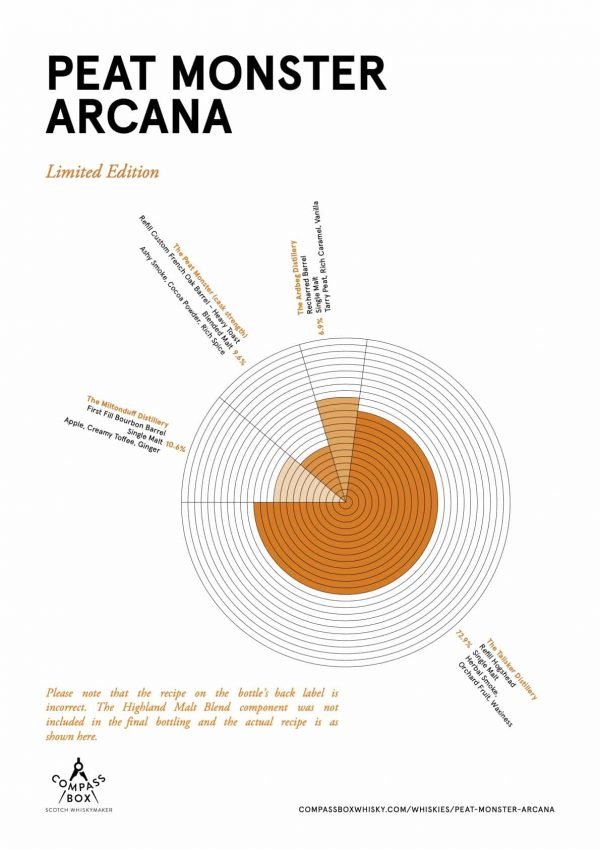 Nose made me immediately remember why I liked Peat Monster. The first few minutes feel like you are slowly walking in an orchard! Stone fruits, melon, floral notes surround your brain via your nose. Then as time passes, milk chocolate, sweet peat appears and complemented by herbal aromas and cinnamon. Layered, rich and unmistakenly good.

My experience with French oak and peat combination is actually pretty good. I find them a good couple as they both pare off the sharp and strong parts of each other. It is no different on this one. The palate offers you gentle peat with a character which I can summarize as tarry and ashy. It has an oily texture with a malty sweetness. Ripe apples and pears with caramel, white peppers, a touch of heather and a touch of apricots.

This lovely palate is followed by a dry finish releasing cinnamon and dried fruits like raisins. It is lingering with mild oak spices and honey.

With 8328 bottles released, I believe finding Arcana will be a little bit easier than Compass Box Hedonism Felicitas which was also released a month ago. 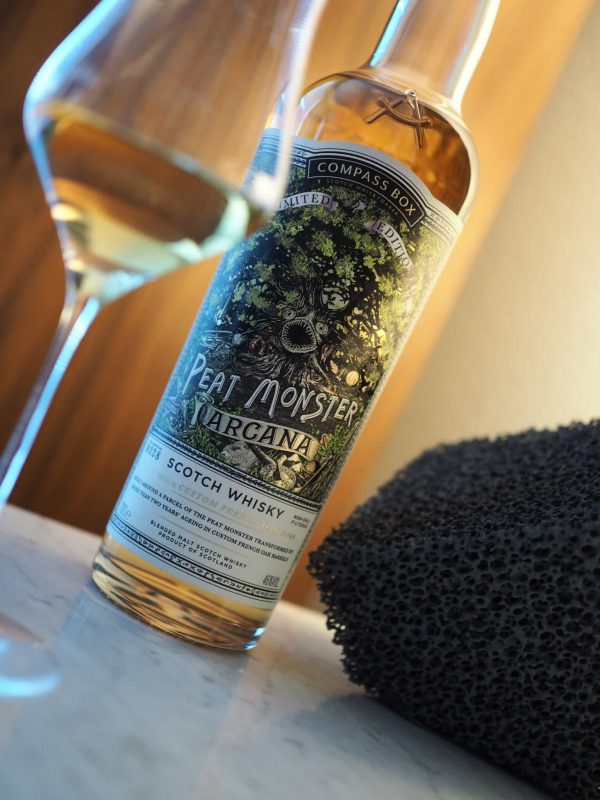 I think this is the first time I encountered something like this. If you take a look at the back label of the bottle, you will actually see that there is another whisky, namely the famous 'Highland Malt Blend' in the recipe. With an error that part of the recipe wasn't included in the final bottling and the error was discovered after the bottles were shipped. The right recipe is the one you have at the top of this page.

The intended recipe had

With missing 2.1% from the intended recipe, the existing recipe has 0.2% of Ardbeg, Miltonduff and CS Peat Monster and 1.5% more of Talisker.

I want to thank to the Compass Box family to tell us about this honest mistake that no one would probably understand.

Let's first accept the fact that this bottle has all the reasons to be called the Peat Monster Arcana. It has peated whiskies from amazing distilleries and it is intended to show us a mystery!

I found this experiment successful. Actually, there is a problem which is a good problem to have. It is so easy to drink this whisky. I opened this whisky on a Sunday afternoon and I swear if I had a few friends with me, this bottle would be down!

Compass Box Peat Monster Arcana won't disappoint you if you already like the Peat Monster.