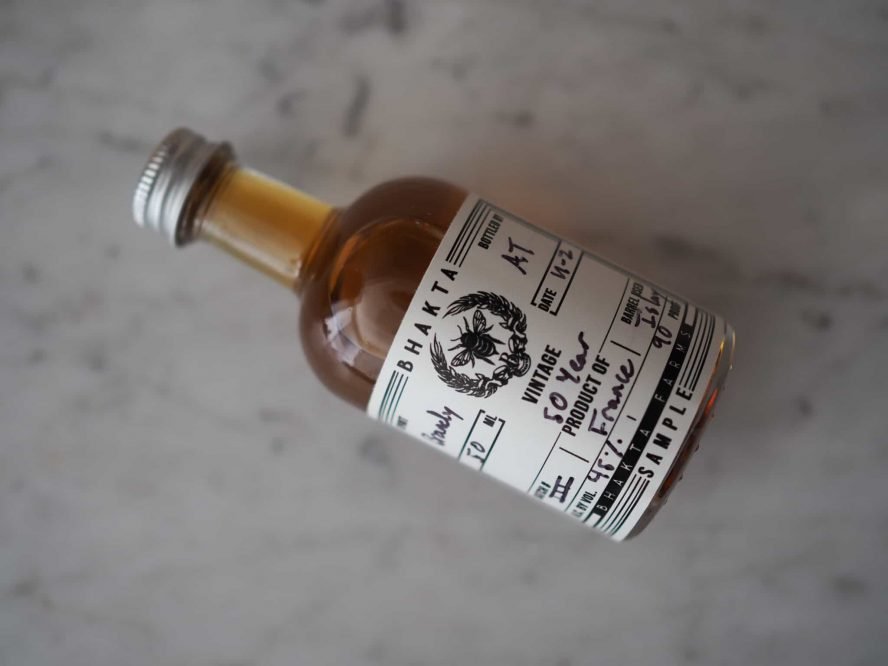 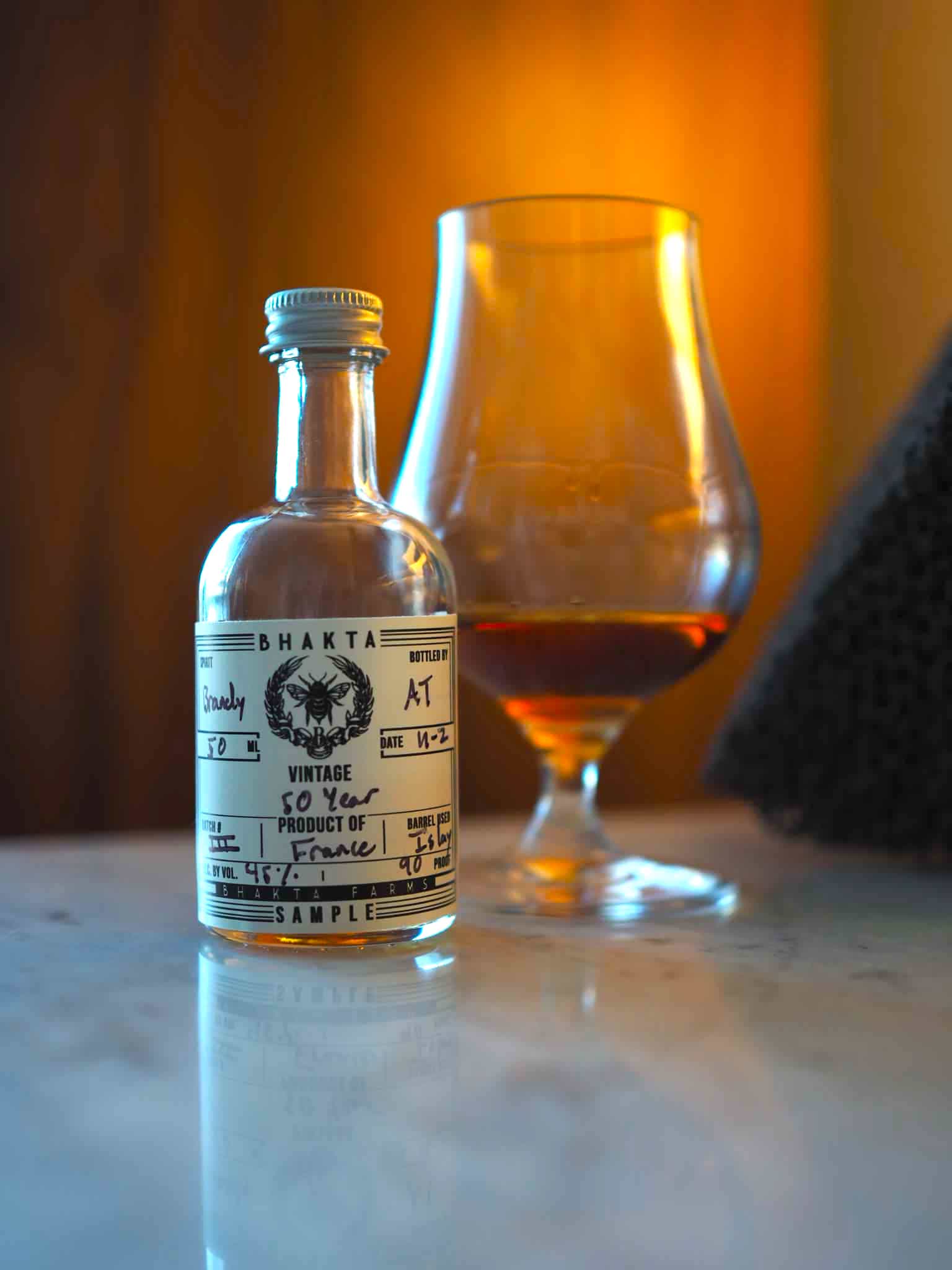 Palate: Juicy and creamy with caramel, apricots, dried fruits, baking spices, milk chocolate, cocoa, and earthy notes at the back with a touch of ginger around the tongue.

Finish: Lingering and soft with oak spices and vanilla. Honey and some tannins hit in time.

We are familiar with the name, Raj Peter Bhakta from various occasions. The Apprentice, 2006 Congressional Campaign were his earlier public appearances. Though his latter ventures wrote his name into spirits world. He started the WhistlePig in 2007 and left the company selling his shares in 2019. His new endeavor was another historical spirit, Armagnac! He set up Bhakta Farms in 2019 and earlier this year, an exquisite brandy hit the market, Bhata 50 Year Old! 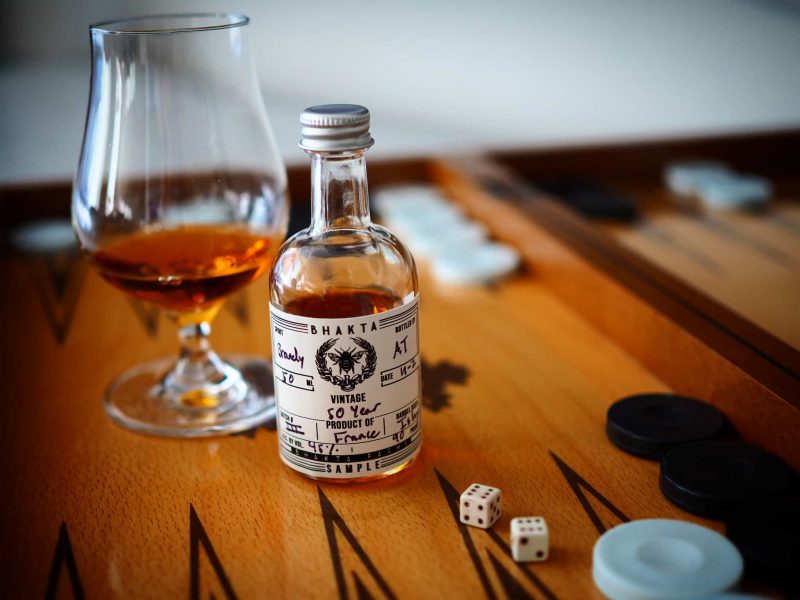 After leaving WhistlePig, Raj Bhakta found himself on a world tour to acquire rare spirits. In his own words...

"On this global quest, my efforts were expedited by my wife's ill-temper during her fourth pregnancy when she chased me out of a chalet in the Alps with a broom. I dodged her blows and hopped into a hot rod Cadillac (2014 CTS-Vsport), the likes of which the French had never seen before, and sped across France towards the Armagnac region."

Well, I believe the hot rod Cadillac probably gave him a comfortable ride but he entered the Chateau in an Escalade which he defines as a mistake e now, and he ended up acquiring Armagnac producer Maison Ryst Dupeyron and their inventory. Possibly, the Escalade inflated the pricing a little bit.

After securing the famous old vintages, Bhakta decided to marry the preserved spirits in Oak Foudres and then finish them firstly in Islay Scotch whisky casks and then Armagnac barrels.

Bhakta has 38 barrels to release and Pendragon is the third barrel they have released since the start. Bhakta 50 Pendragon is named for King Arthur Pendragon, master of Excalibur, this barrel pays homage to discovery. Whether drawn from a stone or a cellar, it narrates the power within a mythic asset.

Bhakta 50 Pendragon has brandies from 8 different vintages stated below.

In Armagnac production, to cease the aging, the spirit can be placed into 30lt glass containers, called 'bonbonnes'. After 50+ years, the same method was used for Bhakta's inventory. The youngest brandy is aged at 50 years, hence the brandy is named Bhakta 50! Since the product is moved from Armagnac to Vermont and finished in different casks, it cannot be called Armagnac anymore, therefore we are mentioning it as brandy! 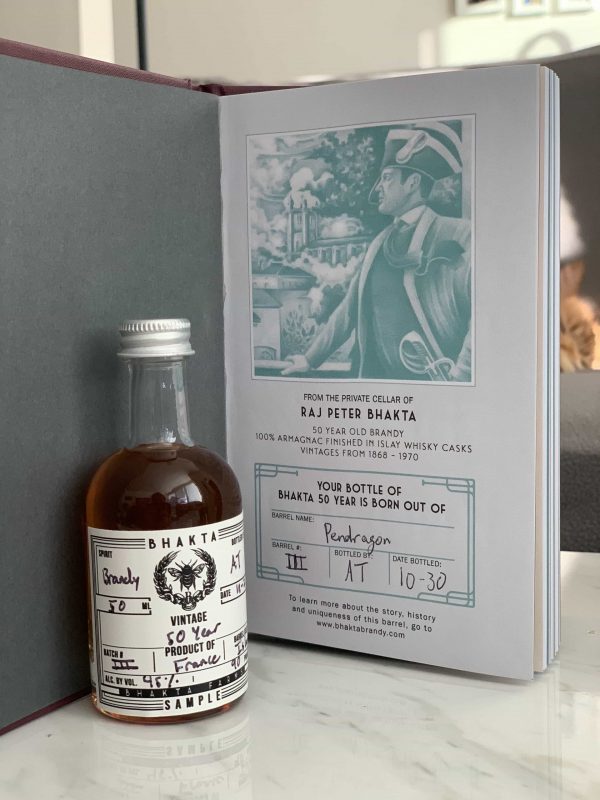 I have a well-defined, balanced product in my glass. I have also tried one sample of the former batches lately and it was quite under an intense impact of the Islay cask. Pendragon, on the other hand, shows strong notes of the Islay cask without overpowering the character of the brandy.

The nose is rich with flavors that are getting darker in time. Honey and antique room notes turned into black tea, dried fruits and tobacco in minutes! Which was really pleasant.

The elegance is showcased on the palate though. It is juicy, it is luscious. Every sip gave me more joy and I actually loved the palate with baking spices, fruity nites and ginger trace around the tongue. Vibrant but classy.

The finish was lingering with oak spices and honey followed it with oak tannins.

Bhakta 50 Pendragon is priced at $300! It is not cheap for a bottle of spirit but it is actually affordable for the history of the liquid. Thinking that I actually sipped some Armagnac that experienced wars, pandemics, rulers, modern civilization era, I become thrilled and enjoy my sip more and more.

As we are speaking of Brandy, you might want to check Bushmills 28 Year Old Cognac Cask Whiskey too!